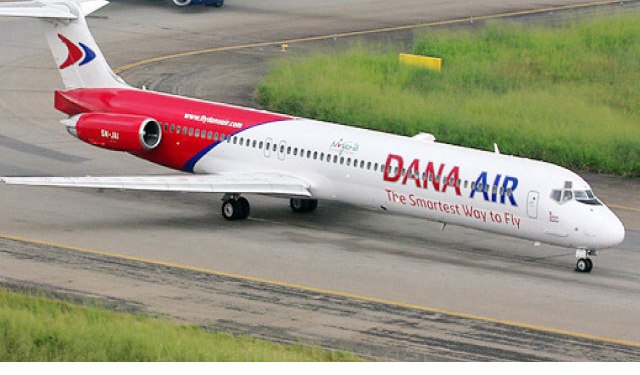 Dana Air said that it has resumed operations after the slight delays experienced today due the illegal disruption of its flight operations by the National Association of Aircraft Pilots and Engineers (NAAPE).

An online statement signed by the Media and Communications Manager, Dana Air, Kingsley Ezenwa described the reasons given by the union for  picketing the airline as malicious  and baseless.

“We wish to also state clearly that reason given by the union for their illegal action this morning is entirely is entirely false, baseless and malicious as there is no such thing as ‘casualisation’ of staff at Dana Air. We have also advised the union times without number, that we are a law abiding and liberal corporate citizen and are not against their activities or the activities of our staff members in these unions.  We also cannot foist unionism on our staff. We understand what freedom of association means and we expect the unions to know better,” the statement reads.

The activities of the union, the statement said has only led the airline to the precipice and that what the union stand to achieve by illegally disrupting the airline’s is appalling.

The statement further reads, “We will continue to engage the unions in the most civil manner and hope that the unions learn to be constructive in their activities by supporting the efforts of the Federal Government and our sincere efforts towards the betterment of the aviation industry.”

It added,   “We once again apologise to our guests and regret the inconvenience that this ill-informed path that the unions have decided to tow, has caused our teeming guests and we wish to assure them of our willingness to not only to reschedule their flights for free, but to compensate them as a result of the activities of these antagonists of the sector.”

Be the first to comment on "Dana Air Resumes Operations, Apologises To Passengers For Slight Disruptions"