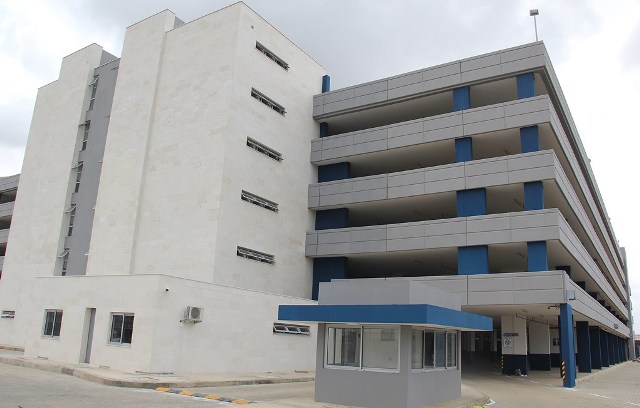 As part of efforts to improve ground facilitation,enhance safety, security and comfort of the travelling public, the Federal Airports Authority of Nigeria(FAAN) has opened a new entrance to the recently commissioned multi-storey car park at the International wing of the Murtala Muhammed Airport(MMA),Lagos.

This was made known in an online statement signed by the General Manager, Corporate Affairs,FAAN,Mrs. Henrietta Yakubu.

According to Yakubu,the  new entrance is situated along the Airline Services Limited (ASL)/Blue Lodge Hotel road and  that it became operational today, Wednesday, November 8, 2017.

The new entrance, she stated would ease vehicular traffic on the main road leading to the departure frontage.

According to her, “With this added facility, there is now an alternative entrance for airport users desirous of using the car park and facilitation will greatly improve, especially as the yuletide season, usually characterised by heavy vehicular and human traffic is fast approaching.”

FAAN, she said is appealing to travelers and other airport users to ensure compliance to parking rules and other security regulations at the airport in the interest of all.

“FAAN will continue to deliver on its core values of safety, service and comfort,” She assured.

Be the first to comment on "FAAN Improves Ground Facilitation,Opens Another Car Park Entrance"