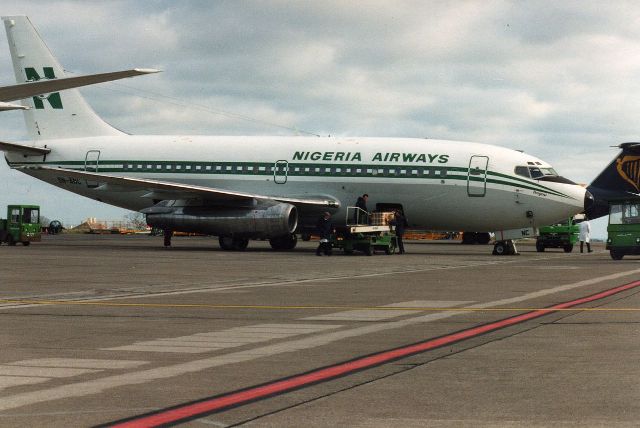 The Nigeria Airways branch of the Nigeria Union of Pensioners (NUP) today appealed to President Muhammadu Buhari to intervene in the delay in releasing the N45 billion approved for the payment of the pension arrears  of the former workers of the moribund NAL.

This is just as they decried the delay in the payment of N45 billion pension arrears owed it by the Federal Government.

The group also called on the Minister of State for Aviation, Senator Hadi Sirika, to continue his good work and see to the full payment of our entitlements.

NUP’s  complain is coming  one month after the Federal Executive Council(FEC)  approval was announced  on September 20, 2017 for  the immediate payment of N45 billion ex-workers/pensioners of the liquidated ct Nigeria Airway Limited (NAL).

They lamented that it is now more than one month since the approval for payment was given and that no progress has been made since  then, adding that by the pronouncement by the Federal Government, the delay should not be more two weeks.

The pensioners, who made their position known in a statement jointly signed by the Chairman, Comrade Segun Feyisetan and the Secretary General, Comrade Thomas Ojuderi, stated that Presidential Initiative on Continuous Auditing (PICA)saddled with the responsibility of effecting the payment has not contacted the union about it since the announcement was made.

According to NUP, “By now PICA (which is handling this payment) would have called the union to a meeting to work out the modalities of payment with a view to informing the beneficiaries the date of commencement of verification but it’s like everything is shrouded secrecy. No one knows what is happening.”

“PICA should let us know what is happening to our approved payment because we are losing our members on a daily basis due to lack of finance to take care of their welfare. lnfact, very recently we just lost Alh. B. lzgu, Alh. Dairu Musa, Alh. Baba Gana Bukar, Alh. Musa Otoro, Capt. Akinyosade, Capt. Akintaju, Dr. Aka, Mr. Kenneth Onyechere and Engr. K.C. Amah to mention just a few. PICA cannot carry out this exercise alone, they need the union to work with as the link between the beneficiaries and Government,” NUP added.

According to the pensioners, this payment involves 10 different countries of the world, not just Nigeria and that these beneficiaries are equally waiting for this approved payment.

Be the first to comment on "Ex-NAL N45B Entitlements: Pensioners Appeal for Buhari’s Intervention"