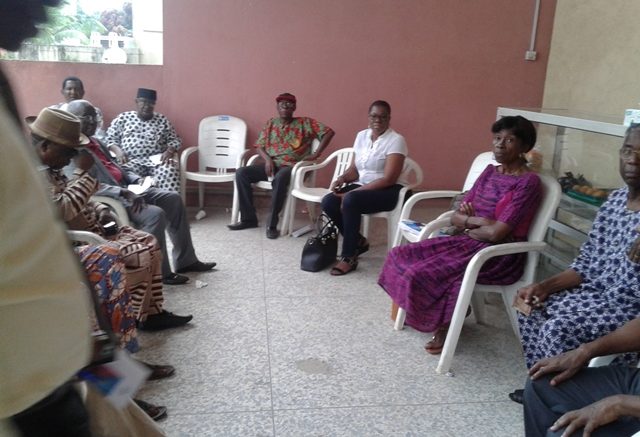 No fewer than seven ex –Nigeria Airways Limited liquidated in 2003 have died in the last one week due to the inability of the deceased to secure their pension and gratuity  which  form  part of the N45 billion released recently by the Federal Government.

Recalled that former workers of NAL  had protested peacefully the delay in the payment of their over N78 billion severance benefits that was  approved by the federal government.

The protest led to the immediate release of N45 billion by the Federal Government.

However, as at the time of compiling this report, is not clear to the former workers of the liquidated NAL the agency withholding the N45 billion.

The ex NAL Elders Forum ,who converge every Wednesday at NUATE Secretariat, Murtala Muhammed Airport(MMA),Lagos could not  deliberate on issues as they usually do as it concerns their welfare but rather it was time to mourn their departed colleagues. Speaking to journalists during the  Elder Forum of NAL workers, the Chairman of the Forum , Engr. Godwin Jibodu stated that between  last; Wednesday October 11 and 18,2017, the ex workers have lost seven persons described as part of the first 11 of the moribund airline.

He stated that these great men are dying in droves because they do not have  money  to take care of themselves, adding that would have been able to seek medical attention if they were paid their gratuity and pension that is presently been withheld by unknown agency of government after N45 billion was released by Federal Government.

The Chairman also gave the names of those suffering from stroke as: Engr.  Bose Oladamiye, Mrs Adedayo Awoyinka, Engr. I.  Belgam and Engr. Ebenezer Akinbode

“This sad and disheartening,” Jibodu said. Jibodu further stated that the ex-NAL workers had tried to reach out to the Ministry of Aviation, Finance and the Central Bank of Nigeria (CBN), adding that their efforts did not yield any fruitful result.

According to him, “We have tried  to reach out to the Federal Ministry of Aviation ,finance  and Central Bank of Nigeria but there is no response from them. And as wee speak to you no response as to who is holding our money.”

Lamenting further , Jibodu stated that Capt.Akintoju , the first Nigerian that flew the VC10 aircraft from London to Lagos died three days ago , describing the deaths recorded so far as regrettable. He also disclosed that Capt. Charles Ntanyi   one the pilots in the “first 11 of the former NAL workers,who took a commercial bus because he could not afford a car  disappeared   about two months ago , adding that up till this moment his whereabouts is still unknown

The Chairman of the Ex –NAL Elders Forum , also revealed that the first avionics  engineer, Bose Oladunmiye is at the point of death , calling on the Federal Government to act fast to ensure that the N45 billion already released is paid to them to avoid  further deaths. He called on the Federal Government and the entire Nigeria not to forget the contributions of the former workers, adding that ex-NAL workers are still contributing to the development of the aviation industry.

According to him, “There is no airline in the country today where you don’t find ex-Nigeria Airways Limited workers.”

According to Jibodu, “As we mourning our colleagues who died, we are equally asking; who is holding our money that has been released by the Federal Government.”

Be the first to comment on "Seven Ex- Nigeria Airways Workers Die In One Week Waiting For Pension, Gratuity"