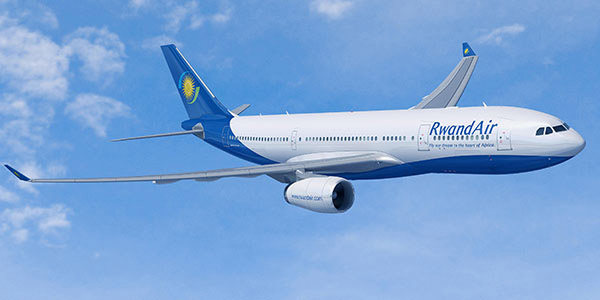 RwandAir has stated that it would offer discounted independence fares on its Lagos – Dubai, Johannesburg and Accra routes for Nigerian passengers as part of the celebration.

Recalled that Nigeria got her independence from Britian on October 1,1960.

With the discounted fare, RwandAir has joined the rest of world to celebrate Nigeria’s 57th independence anniversary.

The carrier said it is excited to celebrate with Nigeria and her strides in 57 years of nationhood and her contributions to the growth of aviation in Africa.

In the spirit of the celebrations, RwandAir, Country Manager, Ms Ibiyemi Odusi said the carrier has unveiled discounted independence fares on its Lagos – Dubai, Johannesburg and Accra routes for Nigerian passengers.

The airline is offering a $600 fare for passengers on the Lagos – Dubai route and others.

She said the discounted fares is part of offers lined up for passengers to commemorate the Nigeria 57th independence anniversary celebrations.

“RwandAir excited to be part of Nigeria’s independence anniversary celebrations. As an Africa carrier, we are happy to be part of Nigeria’s success narrative this year again. We remain committed as an airline to contribute our best to the country’s aviation development. This explains why we are offering happy independence anniversary promotional fares for our esteemed passengers to numerous destinations.

She continued, “We are keeping faith with our promise to give passengers the best services.. We are offering competitive fares to endear passengers to our airline. Very soon we will unveil our timeline for expansion into more routes.”