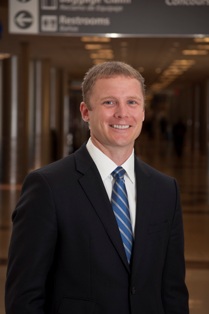 Working alongside Delta’s European joint venture partners Air France KLM, Alitalia and as well as Virgin Atlantic, he will be based at the Air France headquarters in Paris.

Spyak joined Delta in 2006, and has held a variety of positions of increasing responsibility across the Global Sales and International organisations, including Sales Strategy, Sales Development and Sales Operations.

Prior to his promotion to Staff Vice President, he served as Managing Director, Latin America and Caribbean, overseeing all commercial activities in the region and playing a key role in building Delta’s commercial partnerships with GOL and Aeromexico.

His strong background in sales, international business and partner development make him uniquely positioned to succeed in his new and expanded role.

Making the announcement, Delta’s Senior Vice President EMEAI, Corneel Koster said, “We are delighted to have Shane drive our sales efforts in the EMEAI region. His expertise and proven track record will play a key role in shaping our sales strategy in collaboration with our European partners.  Shane’s ability to work cross-functionally, combined with his entrepreneurial spirit, and customer focus will help strengthen Delta’s presence in the region and bring real benefits for passengers.”

Delta is the leading airline across the Atlantic with more departures, destinations and seats than any other airline.