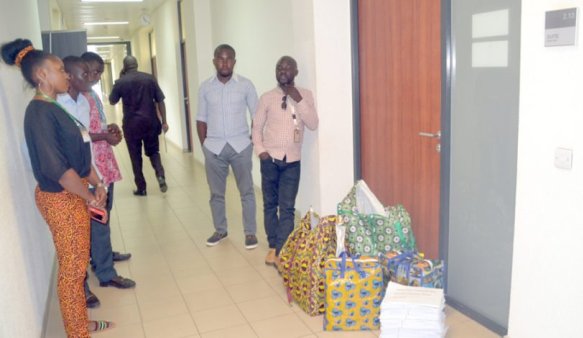 The officials, who dropped bags containing the documents at the entrance to Melaye’s office, waited patiently for the senator to return to the complex.

Melaye had repeatedly rebuffed moves by INEC to serve him the recall petition as ordered by court.

The senator had on Monday explained why he refused to accept the petition from INEC.

He told journalists that accepting any “purported’’ petition from the electoral commission would amount to breaching the 1999 Constitution.

According to him, the 90-day deadline set for INEC on the matter by Section 69 of the 1999 Constitution has expired.

Melaye, who represents Kogi West Senatorial District, is facing a recall by his constituents, who in a June 23, 2017 petition, asked INEC to recall him.

He was accused of poor of representation of the constituency at the Senate.