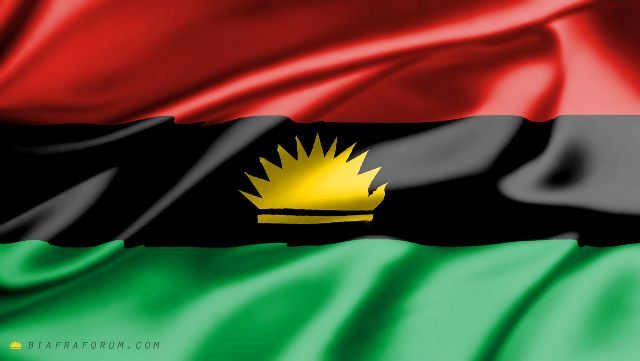 The  Indigenous People of Biafra (IPOB) has approached a Federal High Court in Abuja to vacate Wednesday’s court   order proscribing it.

The Acting Chief Judge of the Federal High Court, Abuja, Justice Abdu Kafarati, in granting an ex-parte motion filed by the Attorney-General of the Federation and Minister of Justice, Abubakar Malami (SAN), had said the activities of IPOB particularly in the South East or South South henceforth, constituted “an act of terrorism.”

The motion was granted in chambers.

However, IPOB in a counter application filed by its counsel, Ifeanyi Ejiofor, branded the proscription order unconstitutional, and pleaded with the court to vacate the order because the group is non-violent.

He also claimed IPOB was not given a fair hearing before the order was given.

The IPOB application is based on the following grounds:

“That the ex-parte order made on the 20th day of September 2017, by this honourable court was made without jurisdiction, as the order was granted against an entity unknown to law.

“That there is a clear suppression and misrepresentation of facts in the attorney-general affidavit evidence, pursuance to which the order was granted.

“That the order is unconstitutional,  as it was made in clear violation of the constitutionally guaranteed right of the Indigenous People of Biafra to self-determination, Article 20(1) of the Africa Charter on Human and Peoples Rights, now domesticated into our Law under (Ratification and Enforcement Act) (Cap 10) Laws of the Federation of Nigeria 1990, right to fair hearing, right to freedoms of expression, and the press and rights to peaceful assembly and association, clearly provided for under sections 36, 39 and 40 of the 1999 Constitution of the Federal Republic of Nigeria as (Amended) 2011.

“That a declaratory order cannot be made pursuant to an ex-parte application, without hearing from the party against whom the order was made.

“The Indigenous People of Biafra who are majorly of Igbo extraction, have no history of violence in the exercise of their right to self- determination.

“The Indigenous People of Biafra does not carry arms and has no history of arm struggle in the exercise of their constitutionally guarantee rights to self -determination.”

The Defence Headquarters had declared IPOB a “militant terrorist” organisation and south-east governors had proscribed it before the court gave its own order.