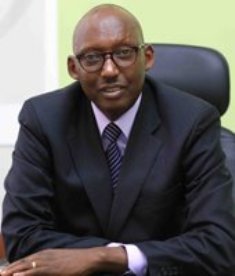 RwandAir  has stated that it was ready to host the 49th Annual General Assembly (AGA) and Summit of the African Airlines Association (AFRAA) scheduled to take place at the Kigali Convention Centre in Rwanda from 12 – 14 November 2017.

According to the airline,this important annual event which was last held in Victoria Falls–Zimbabwe in November 2016, is expected to attract over 500 high profile delegates from the aviation industry in Africa, Europe, Middle East, Asia and North America.

Speaking on the hosting of the association’s yearly function, the President of AFRAA and Ag. CEO of RwandAir, Chance Ndagano, commended AFRAA for the opportunity to host this major aviation event.

He stated that hosting the event in Rwanda, presented an excellent opportunity to strengthen aviation in the country and further promotes the tourism sector.

“It is a pleasure and an honor to host the 49th AFRAA Annual General Assembly and Summit in Kigali. RwandAir looks forward to welcome airline top executives and other aviation stakeholders to Remarkable Rwanda – the land of a thousand hills,” Ndagano .

In addition to the provision of an excellent platform for brand visibility through sponsorship, the General Assembly and Summit of AFRAA will present exhibition opportunities for aviation companies to showcase their services, equipment, components, supplies and IT solutions. Addressing journalists during a press conference held in Kigali as part of an advance visit, AFRAA Secretary General, Dr. Elijah Chingosho said,, “The AFRAA AGA is the premier gathering of senior global aviation executives in Africa. Annually, the AGA brings together global aviation leaders and stakeholders to take stock of aviation milestones and plan the future for the development of African aviation.” The AGA will discuss issues on the development of air transport in Africa in general and development opportunities for African airlines in particular.

Air transport in Africa is an economic bridge – linking people, goods and capital to markets and industries and integrating the vast continent.

The AFRAA Secretary General met various stakeholders in Rwanda, who looked forward to a successful event in November.

According to Chingosho, “AFRAA and RwandAir teams are dedicated to ensure that delegates will experience yet another memorable AGA this year.”

Be the first to comment on "AFRAA: We Are Ready To Host Airline Executives,Other Aviation Stakeholders In November —-RwandAir"