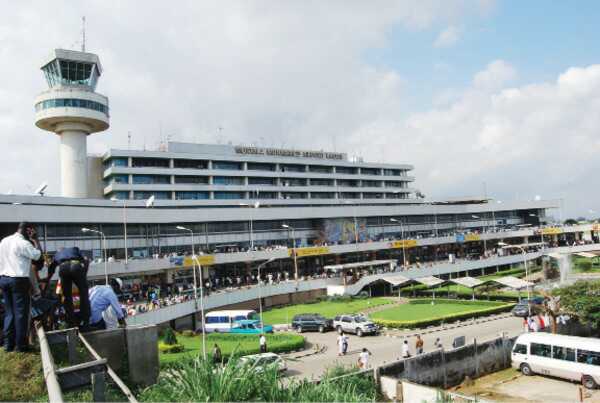 At last, the Murtala Muhammed Airport (MMA), Lagos has been certified by the Nigerian Civil Aviation Authority (NCAA) and o has also awarded a certificate to the Federal Airports Authority (NCAA.

Abelnewsng.com learnt that the certificate awarded to FAAN means that it has met all the processes of the International Civil Organisation (ICAO).

Presenting the certificate to the Managing Director of FAAN, Saleh Dunuma, the Director-General of NCAA, Capt. Usman Muhtar stated that a lot of efforts had been made to make Nigeria’s biggest airports to scale through some of the toughest hurdles in airports certification.

Muhtar revealed that the first attempt to certify the Lagos airport was in 2006, adding that despite concerted efforts and continuation in 2008, certification could not be achieved.

The NCAA DG stated that the challenge was not scaling the hurdles but ability to maintain and sustain the status, which certificate lasts for three years before it would be re- assessed.

He noted that the task ahead is tasking, as he urged the certification team not to rest on their oars until Abuja and Port-Harcourt airports are certified.

According to him, “The current drive towards the certification of Nigerian airports is very significant not only as a requirement by ICAO and Nigerian Civil Aviation Regulations, but even more importantly as one of the critical safety targets set by the Abuja Ministerial Declaration of July 2012, that mandated all African states to certify their international airports. It is also interesting to note that certification is an enabler for the attainment of a regional hub which Nigeria desires for Lagos and Abuja”.

He said that aerodrome certification is therefore an ICAO strategy for the standardisation and harmonisation of airport services, facilities and procedures, adding that it also ensure uniformity in safety critical aerodrome elements irrespective of differences in ownership and management of such aerodromes.

He urged FAAN not to lose sight of the additional responsibilities that post certification bestows on NCAA as well as the certified aerodrome operator for sustenance of the certification achieved.

Airport certification, he said shows that you have met your states minimum requirements at the time of the regulator’s audit, adding that airports are requested to have Safety Management System (SMS) in place.

The regulatory body added that the certification is not permanent as it can be withdrawn if they fall below the stipulated standards.

Speaking after receiving the certificated, the Managing Director of FAAN, Dunoma stated that careful planning and execution of these projects are the panacea for more profit for airlines as it would help the aerodromes to maintain high safety standards.

He stated that  the certification of Lagos airport would not only make the  airport safer, but that it would also make it more efficient and profitable, stressing that staff morale has the tendency to increase due to enhancement of knowledge and competency.

On his part, Director, Airworthiness Standards, Odunowo Mohammed Yayyib stated that the first attempt at certifying Nigerian international airports was in 2006 after the first ICAO Universal Safety Oversight Audit Programme and the enactment of the first set of Nigerian Civil Aviation Regulations (NCARs 2006), wherein Part 12 required the certification of aerodromes and Part 14 required the certification of Air Navigation Service Providers.

He lamented that despite concerted efforts made by the NCAA and the FAAN in 2008, certification  not achieved as the International Civil Aviation Organization had not developed the required guidance materials and expertise to guide states in the certification of aerodromes.

He further stated that the first initiative that provided the required drive to the certification of aerodromes in the region was the Abuja Ministerial Declaration of July 2012, where the Ministers of Transport and Aviation from Africa during a Ministerial Conference on Aviation Safety in Africa, overwhelmingly adopted aerodrome certification as a key safety target that would serve as a catalyst in enhancing safety, security and the growth of aviation in Africa.

He added that December 2015 was established as the target date for the certification of at least 45 per cent of international airports in AFI Region, only about 23 per cent was accomplished as at December 2015.

Be the first to comment on "At Last, NCAA Certifies Lagos Airport After 11 Years Of Processing"