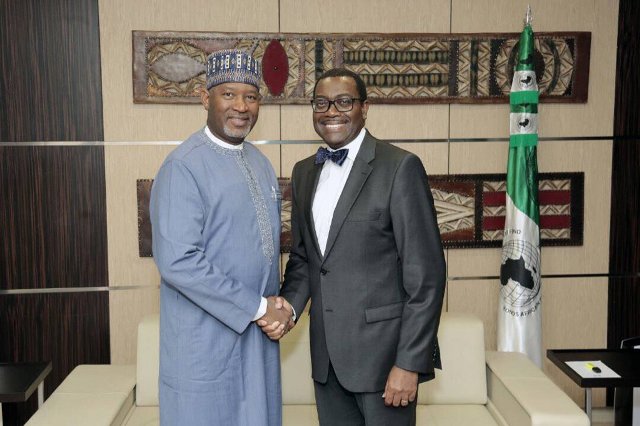 The talks is coming few days after the Federal Government(FG)  through the Vice President ,Prof. Yemi Osinbajo disclosed that FG has approved the concession of two major airports in the country; the Murtala Muhammed Airport(MMA),Lagos and the Nnamdi Azikiwe Airport(NAA),Abuja.

The talks was said  centred on funding for the proposed national carrier, Maintenance Repair and Overhaul(MRO), concession among other issues.

Be the first to comment on "Sirika Discusses Funding Of National Carrier,MRO With ADB President"