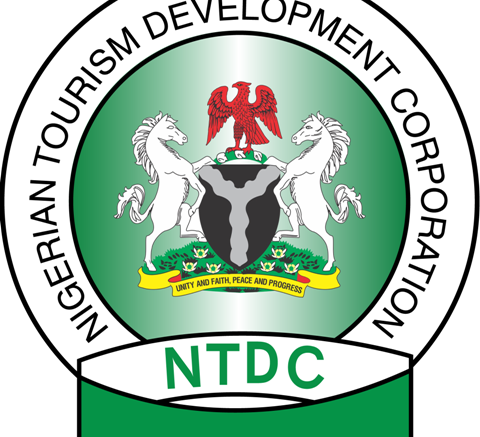 There is no denying the fact that Nigeria Tourism Development Corporation (NTDC) has lost its original direction and credibility to mobilise and galvanise the private sector tourism players to rise up and create cultural and tourism experiences that will attract global tourism traffic to Nigeria.

Indeed, what most observers of activities of managers of corporation had seen from were acts grossly inimical to national tourism growth and development which sadly dovetailed and got magnified under the present administrators.

Arguments abound that there is nothing wrong with NTDC in concept and in its extant law captured under act CAP137LFN2004 which came under hasty and foolish proposal to amend and re-enact some of its original sections. If that position and argument stands as supportive of pictures of poor administrative visitation on the federal government tourism institution, it then pre-supposes that the current managers lack faith and strategic preparedness to bring change to the industry.

Since Otunba Olusegun Runsewe left NTDC under un-explainable circumstances in 2013, NTDC has refused to fly and keep the over seven year’s tourism tempo under Runsewe going or to sustain it. All the gains of that era has gone under due to over bearing simplification and personification of NTDC mandate to the detriment of national tourism glorification, job creation and the protection and welfare of government tourism staff and industry practitioners.

Even though we pretend and refuse to discuss the Supreme Court judgment on Lagos state government versus NTDC on hotel classification, which stripped the federal government tourism agency of its octopus hold on industry regulation, we are however saddened that there has never been any creative and sustainable management template to breath fresh air into any desirable and significant project to convince government to continue the funding of NTDC.

Notably and sadly, NTDC that was once admired and appreciated for helping the component units in the federation to replicate and domesticate tourism agencies and policies in their areas of jurisdiction and the private sector to gain exposure and advance footholds in creating tourism jobs, has now become a tourism junkyard, and barrack for political destitute of latter day tourism saints.

Last week on  Thursday morning, few reliable friends of tourism called at my home at mid day to request for a national call or tourism town hall meeting to help draw attention of the presidency and Nigerians to the horrible things that are happening in NTDC and need to arrest it.

Having being disappointed severally in the past by some tourism chameleons in the quest to enthrone good tourism legacies for the industry, I needed no conviction to walk away from this effort. However, I was persuaded to change my mind considering the biblical fact that truth sets one free.

Towards this end, we decided in the best democratic practices and interest to let the public, particularly the industry players to send memorandum on the need to possibly scrap NTDC or cause the agency be returned to the Ministry of Culture and Tourism as a department.

Accordingly all concerned should send SMS to me on NTDC issues highlighted below, after which we shall call for a town hall meeting on the way forward. After the meeting, our findings will be sent to Senate President, Speaker, House of Representatives and a copy forwarded to the presidency.

1.Should NTDC be merged with Department of International and domestic tourism in the Ministry of Tourism? If yes, send brief guidelines.

2.In view of 2013 Supreme Court judgment on tourism regulation in Nigeria, should NTDC therefore be scrapped?

3.Do you support restructuring of NTDC or the devolution of its mandate? E.g. should each zonal director now have same mandate as the DG to request tourism fund and expend same for quick and effective development of tourism at zonal areas of mandate?

4.Should zonal directors of NTDC be addressed as Director Generals? For instance, for South-East or North Central NTDC?

5.Should FCT have its own NTDC DG to reflect its special status?

7.Should Federation of Tourism Associations of Nigeria (FTAN) replace NTDC as government/private sector window on tourism partnership and so be funded?

8.Where do you suggest the workers of NTDC in Abuja be relocated and reabsorbed?

10.Is anything wrong with the extant NTDC law?

11.Make your vote count: Is the current NTDC leadership any better than the immediate past administration? If no, should they be advised to resign or removed?

12.What are the problems of NTDC – the leadership, workers or the tourism law?

13.Is NTDC the problem of tourism practitioners in Nigeria?

14.What positive tourism windows has NTDC created for the growth of your business?

15.If NTDC proposal to create a new travel company gets legislature approval, will it threaten your travel and tourism business?

16.Has NTDC provided you any tourism research finding(s) that helped your business to grow and flourish?

18.Any other tourism issue or matter that needs collective attention at federal level.

Please send your comments and observations through SMS and the following emails addresses, mekefrank@yahoo.co.uk or mekefrank@gmail.com.