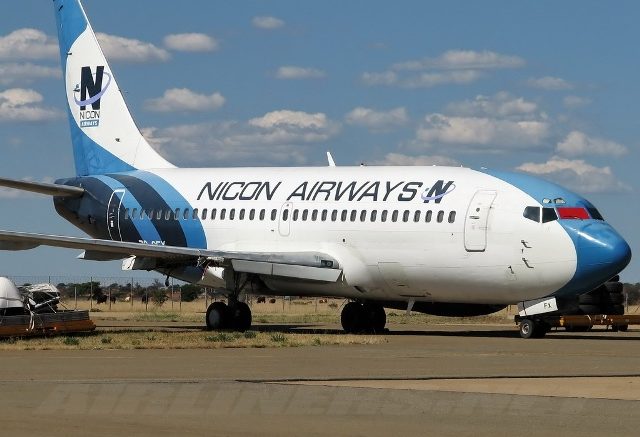 The former workers of the defunct NICON Airways owned by the controversial businessman, Mr. Jimoh Ibrahim have accused him of evading justice by refusing to pay the N1 billion judgement awarded against him by the National Industrial Court in Abuja as payment for workers’ entitlements.

This is just as the angry workers also accused the former governor of “wickedness” and “abandonment” since the case began in court, stressing that he sold the airline to Jimoh Ibrahim without the knowledge of any of the directors of the airline.

Recalled that National Industry Court sitting in Abuja had awarded the workers numbering over 250 about N1 billion as unpaid salaries, allowances and the abrupt closure of the airline that he acquired from the former Kogi State Governor, Capt. Idris Wada in 2007.

A 21-page court judgment delivered by Justice M.N. Esowe and made available to abelnewsng.com had awarded the damages to the workers on September 16, 2013.

However, despite securing this judgement the workers are lamenting that four year after Jimoh Ibrahim, who is also the Publisher of ailing Mirror newspapers was yet to honour the judgment.

Justice Esowe had ordered Ibrahim to pay outstanding arrears of leave allowances, crew allowances overseas unpaid allowances in United States dollars and cumulative un-remitted cooperative by the staff between May 2007 to April 2011 to the staff, all totaling over N1 billion. Justice Esowe in his judgment accused Ibrahim and Wada of abandoning the employment of the 1st defendant and carting away all the proper assets of the defendant without any communication and discussion with the plaintiffs on their contracts of employment and subsisting entitlements from the 1st defendant.

The justice further described this action as “fraudulent and improper conduct, which was capable of rendering the 2nd and 3rd defendants personally liable to the plaintiffs.”

They alleged that instead the controversial businessman filed an appeal against the judgement, but fortunately for the workers the case was struck out on May 23, 2017 by Justice E.N. Agbakoba.

They also alleged that rather than obey the National Industrial Court verdict, Jimoh Ibrahim, he delayed his appeal on the matter for another two years till 2015.

As at the time of compiling this report ,Jimoh Ibrahim could not be reached for comments on the issue.