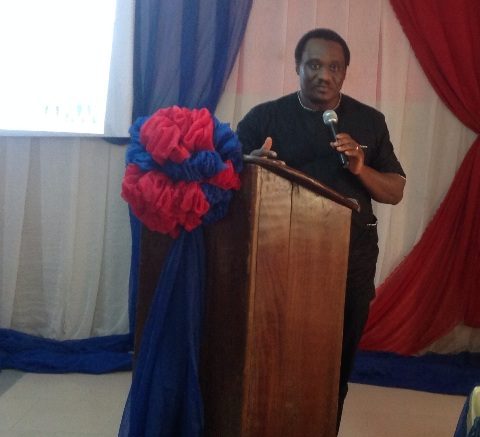 The Federal Airports Authority of Nigeria(FAAN) has disclosed that it has saved over half a billion Naira from its in- house training programme for its staff across airports in the country which commenced a year ago.

He stated that the in- house training system had to be adopted as management was reluctant in embarking on any training due to paucity of funds.

According to him, “Between 2013 till date, it’s been tough training in FAAN because of the economic situation and the panic I had was how do you supervise a department that is not doing anything because of paucity of funds, so we put our heads together and made a proposal to management and we said okay, what is the problem when its comes to the training, we discovered it was COST.”

He continued, “In government , when you pay the consultant N3 million for a two-day programme and you have a class size of 30 staff, you are  going to pay the staff around N7 million for DTA’s, so the cost of that training programme is N10 million, when management sees N10 million they back off, the better part of the cost I saw was actually the allowances that goes to staff, so how do you manage that?.

Inajoh said that FAAN while operating a zero budget, it ensured that no staff was taken out for the whole day to avoid paying them anything.

“The book says when you take a staff out for a one day training, there is a stipulated amount you are going to pay the staff multiply by the number of the days you are going to take the staff out and depending on the location. We decided to come up with an in- house  training programme when staff are not paid DAT’s, what did we do, we were not taking them out for the whole day, we were taking them out for 3 hours, 9am-12pm, that way, we were not breaking the law, that way we also help open communication with the unions. The first batch will come 9am-12pm and go back to work, the 2nd batch, who had been at working all morning will resume by 1pm and close by 4pm and go home,” he said. On the staff outside Lagos, the General Manager Training explained that they solicited the support of the airport manager for a return ticket and accommodation for its training facilitators to train all staff without any fee.

In his words, “We spoke to the airport managers and said look, we are operating a zero budget but this is what you can do for us, we want a return ticket for facilitators of the training department, give them a place to stay and train all the staff in your airport without any fee, we have trained around the 22 airports”.

He also stated that FAAN observed that the system had assisted the organisation and the trainees in various ways, adding that in a recession period one can either be defensive or offensive.

According to him, operational survival, process audit cost cutting, advertising and open communication are strategies management can adopt to survive.

“Looking at what we did, at the end of the day, it added up to over half a billion Naira in one year of running of the programme, so how do you cope with the recession, try to be more creative and the  you will be amazed at the things you will be able to come up with,” Inajoh stated.

In her opening remarks,Chairperson, Nigerian Institute of Management, Chartered, Ikeja Branch, Mrs. Elizabeth Talabi-Akinbile, said that in the face of dwindling economic resources, youths should take advantage of skills acquisition Programmes by government to discover their God given talents.

She urged Nigerian youths to put aside the quest for white collar jobs and learn a trade to support themselves and their families.

According to her, an individual or a family can kick start a business with as low as N20,000 and make double profit if properly managed.

She noted that if youths were self-reliant, they become employer of labour and  the problems of vices in the society would be minimized.

Talabi-Akinbile also called on salary earners not to depend on their monthly salaries alone but to also learn a trade to add to their sources of income.

Be the first to comment on "In-House Training Saved Over Half A Billion Naira For FAAN—- Inajoh,GM Training"