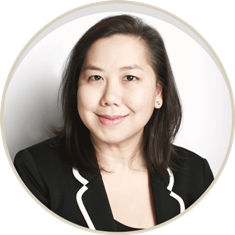 Boeing  named Maurita Sutedja, a veteran finance leader, as its next Vice President of Investor Relations.

She will succeed Troy Lahr, who has been appointed chief financial officer of Boeing’s Autonomous Systems business.

According to Boeing Sutedja will oversee Boeing’s interactions with the investment community, providing shareholders and industry analysts an accurate picture of the company’s business, performance, and outlook.

Since joining Boeing in 2010, Sutedja has held leadership roles in the company’s treasury, financing and enterprise services groups, including serving as chief financial officer of Boeing Capital Corporation and vice president of Enterprise Finance Services.

Prior to Boeing, Sutedja worked at General Motors for nearly a decade, holding various leadership roles such as director of global funding and cash management.

Sutedja began her career as an equity research analyst at UBS and ABN AMRO Securities.

According to Smith, “Maurita is a proven business leader with a keen understanding of Boeing’s operations, along with a broad and global perspective gained from various roles in the finance world.”

“She has the necessary experience and insight to help our financial stakeholders understand our performance and prospects, and will build on Troy’s tremendous work over the past four years,” Smith added.

Lahr will also join the board of United Launch Alliance, a joint venture between Boeing and Lockheed Martin.

These appointments are effective September 22.

Sutedja and Lahr will work together over the next few months to ensure a smooth transition.