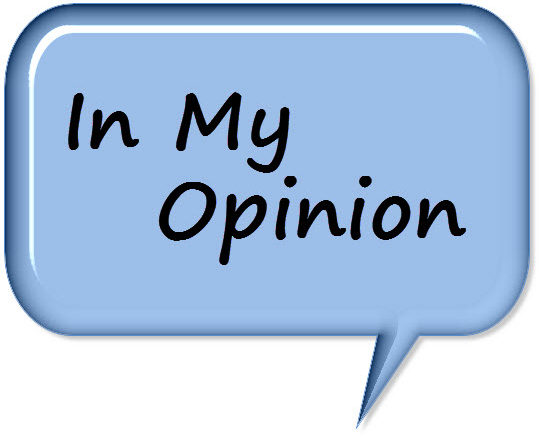 Salamatu Eluma was until recently the Director of Human Resources at the Federal Airports Authority of Nigeria(FAAN). That was until the Federal Government approved a management reorganisation, which moved her, in the same position, along with other affected staff, from FAAN to sister organisation, the Accident and Investigation Bureau(AIB)

But rather than toe the path of honour and obedience to lawful authority, Salamatu  Eluma has been going about engaging hack writers to write fictional stuff to malign the integrity of the Honourable Minister of State, Aviation, Capt. Hadi Sirika. One of such gibberish stuff appeared on an online media, which calls itself, MMS Plus, recently.

Among its spurious and funny claims is the one that Mrs Eluma was been redeployed because she is a longstanding friend of the (“First Lady”), wife of the President, Mrs. Aisha Buhari. This claim is simply laughable. MMS Plus alleges further that the re-organisation at FAAN and other aviation agencies,” is the result of (a) power tussle between Aisha Buhari and the President’s inner kitchen cabinet including the Aviation Minister.” This is very funny. A power tussle between Mrs Buhari and  Sirika ? This is arrant nonsense. The issue does not even arise.

Firstly, the Wife of the President ,as far as I am aware, is not in the business of interfering in the work of Ministers of the Federal Government, least of all, that of the Aviation Ministry.

Secondly, it is very unlikely that the Aviation Minister was aware of Salamatu’s said longstanding friendship with Mrs Buhari and neither is there a power tussle anywhere between them, except in the infantile imagination of the paid writers of MMS Plus. This is simply preposterous and untrue! Perhaps, one can only wonder what the two hack writers have been smoking that may have had a serious hallucinatory effect on them.

Salamatu Eluma appears to have delusions of grandeur, for her to have imagined that a reorganisation of three aviation agencies, FAAN, Nigerian Aerospace Management Agency(NAMA) and Nigeria Meteorological Agency(NIMET) ,which involved the movement of, at least, 80 staff was done only, in order to victimise her! This is clearly very far from the truth.

MMS Plus quotes Eluma to have said in an interview with it, that: “I developed my passion and everything around this organisation, which is a pensionable organisation and then suddenly because of too-much show of power someone wants to send me down the drain and dump me somewhere.”

A press release signed by James Odaudu , Deputy Director, Press and Public Affairs at the Aviation Ministry  on the issue, quotes the Aviation Minister as saying that, “the appointments and postings, which take immediate effect, would galvanise a robust service delivery in the sector in line with the set objectives of the present administration to reform the aviation industry.” Thus, the minister stated clearly the reasons for the reorganisation at the aviation agencies.

“The approvals for reorganisations at FAAN and inter-agency postings, led to the appointment of Mrs. Victoria Shin-Aba as the new Airport Manager, Murtala Muhammed Airport(MMA) Lagos, a position formally held by Nehemiah Auta who has been redeployed to the FAAN Headquarters as Deputy General Manager, Operations.”

“Similarly, the Director, Finance and Accounts, FAAN, was redeployed to the Nigeria Airspace Management Agency (NAMA) in the same capacity, while the Assistant General Manager, Air Transport Regulations, Hajia Mariam Ismail, was moved to NCAA.”

It is therefore, clear from the foregoing, that the reorganization of the aviation agencies involves promotions, redeployments of mostly senior and management staff numbering about 80.So, how can one person claim to have been targeted or victimised? Further it needs to be stated that the highest level in FAAN is that of L17 which is for general Managers.

Nonetheless, Directors in the aviation agencies, are political appointments made mainly to drive the policies of the government in power in accordance with their manifestoes.

It is noteworthy, that earlier on, the Minister had promoted and in some cases, re-assigned about 1,000 staff across the aviation agencies .These were mainly level 14 staff and below who had stagnated for long.

Salamatu and her paid pipers of MMS continue their attack in that article, “Strange to see that Salamatu’s replacement is a 59 year old Anozie Norris”.

How the age of her replacement concerns the hack writers or Salamatu herself is funny. The Minister and FG possess the authority to take decisions for smooth running of government agencies. And it is clear that the Minister is under no obligation to consult Salamatu before making any appointment, including that of her replacement!

She goes further, trying to cast aspersions on the person and experience of Mr Norris, describing him as a mere repairer and seller of damaged cars in the United States.

For the avoidance of doubt, Norris, FAAN’s newly-appointed Director of Human Resources has the relevant managerial and technical experience for that position , which it is believed would be beneficial to FAAN.

Further, when MMS Plus claims Norris at 59 years has “only one year to serve at FAAN”, it is obvious that these boys at MMS Plus have never heard of contract employment or they are only being mischievous. In any case, how the terms of Norris’ engagement concerns Salamatu and her media hirelings is hard to understand.

Salamatu and her media goons, also hid under a nameless ‘official’ of FAAN to heap abuses and insults on the Aviation Minister for performing his legitimate duties including staff deployment? Indeed, it is not the Aviation Minister Sirika alone that bore the nauseating brunt of Salamatu’s rage in the MMS Plus hatchet story, the Managing Director of FAAN, Engineer Saleh Dunoma was not spared. It was claimed that Dunoma has exceeded his retirement age of 60. Again, what Salamatu and her hack writers fail to understand or are so blinded by bile that they cannot, is that the FAAN Managing Director has been asked to remain at his post, to stabilise the agency and ensure that ongoing multi-billion dollar development projects in the sector are completed on schedule, to the benefit of the country’s aviation industry.

In actual fact, Salamatu’s only qualification is a catering certificate. She was working with this catering certificate at Sheraton Hotels, until about 12 years ago, when she was able to get an appointment with FAAN. She later rose through the ranks to the position of Director, Human Resources at FAAN.

Indeed, Mrs. Eluma cannot pretend or expect people to believe that during this period, she has not been a witness to several management shake ups, re-organisations and restructurings at various aviation agencies, which had resulted in staff re-deployment. It appears Salamatu would rather play the ostrich, hoping that these developments would never affect her. But here we are today, her own time, has come.

But rather than take it in a dignified way, she has resorted to crying like a baby at first, then, thereafter engaging hack writers to write libelous fiction, aimed at disparaging the character of the Aviation Minister and the Managing Director of FAAN, her former direct boss. Truth be told, Salamatu has been luckier than most, because she retains her enviable position of Director of Human Resources only now, in a different agency. I wish many others were that lucky!

Contrary to the claims of MMS Plus, FAAN, as a government agency, I am informed, has asked their colleagues at the Presidency, if there was an commotion at the seat of power over any restructuring. Their reply was in the negative. I have also listened attentively to and monitored all the news media at home and abroad recently. I never heard of any report of any commotion at Aso Rock since the aviation re-organisation was announced! Perhaps, only MMS Plus knows where such a commotion took place.

It is obvious that Empress Salamatu believes that FAAN is her personal emirate having stayed there for so long and unduly exploited her enviable position. Therefore, anyone or anything that would take her away from her throne is an enemy. An enemy that must be fought at all cost and fought dirty.

Yet such behaviour is unbecoming of someone, who rose through the ranks and has benefited immensely from the system. Salamatu Eluma please take heed.

Be the first to comment on "(Opinion)FAAN Shake Up: Salamatu Eluma’s Victim Delusions By Stephen Oche"