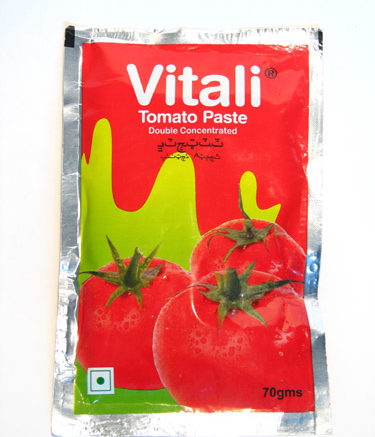 Police from State Criminal Investigation and Intelligence Department (SCIID) Panti-Yaba, Lagos, alleged in a charge sheet marked D/72/2017, that the two defenders committed the offence on May 31, 2017.

They were alleged to have stolen 8000 cartons of  tomato paste entrusted in their care for onward delivery to a customer in Kano State by Vital Products Plc.

They were arraigned on four counts charge bordering on conspiracy, stealing and forgery.

In  carrying out the Act, it was alleged that the two defendants and others at large, forged several documents, which include; letter of introduction and delivery guaranteed letter and letter of recommendation of Amonac Nigeria Limited, Netcom Industrial Limited and Richland Nigeria Limited.

The two defendants however pleaded not guilty to the charge.

Following their not guilty plea, the presiding Magistate, Chief Magistrate Oluwayemisi Adelaja (Mrs.) admitted them to bail in the sum of N2 million with two sureties each.

Each of the sureties according to the Chief Magistrate must deposit the sum of N100, 000 to the account of Deputy Registrar of the court, with three years tax certificates  payable to the Lagos State government.

The matter has been adjourned till September 13, for trial.