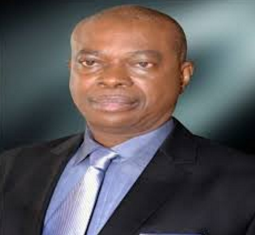 A Federal High Court in Lagos has ordered the interim forfeiture of N664,475,246.6 and $137,680.11 recovered from a serving Permanent Secretary in the Federal Ministry of Labour and Productivity, Dr Clement Illoh Onubuogo.

The judge also authorised the EFCC to seize a property described as “Clement Illoh’s Mansion” located at Ikom Quarters, Issala-Azegba in Delta State and a hotel at No. 19, Madue Nwafor Street, off Achala Ibuzo Road, Asaba, Delta State.

After granting the order, Justice Anka directed the EFCC to notify the Permanent Secretary, in whose possession the properties were found, or any other person interested in the properties to appear before the court and show cause within 14 days why the properties should not be permanently forfeited to the Federal Government.

The judge also directed the publication of the interim orders in any national newspaper for any interested person to appear before the judge to show cause within 14 days why the order should not be made permanent.

He adjourned the matter till September 6 for ruling.

Earlier, EFCC Counsel Rotimi Oyedepo,  told the court that both buildings belong to the Permanent Secretary and were reasonably suspected to be proceeds of stealing.

Oyedepo, in the application dated  August 15, 2017, pleaded with thw court  that if the matter was not “urgently determined during vacation, the assets may be dissipated.”

The application was supported by a six-page affidavit filed by an EFCC investigator, Huleji Abraham Tukura.

He averred that Onubuogo converted the funds from the N10 billion released by the Federal Government during his supervision of the Subsidy Reinvestment (SURE-P) programme.

“Out of the N10billion, we have traced a total sum of N876,981,225.05 to the respondent which he converted to his personal gain.The respondent, from the fictitious and fraudulent contracts to his company Clement & Bob Associate, fraudulently enriched himself to the tune of N94,829,845.60 which were funds meant for SURE-P Technical Vocational Training Programme,” Tukura said.

“He also used his position to receive kickback/gratification from the various contractors under the SURE-P programme using his staff and front companies.”

In another instance, Onubuogo allegedly received N37,803,000 “which was diverted through Agoha Joseph Emeka, a staff of the Federal Ministry of Labour and employment for his personal gain.”