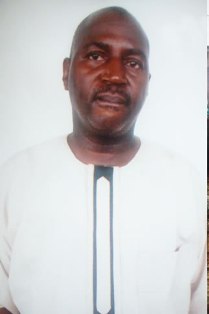 For allegedly defrauding a couple of N70 million, a Prophet of Celestial Church of Christ, Prophet Oladele Olufemi Ayoola, has been remanded in Ikoyi  facility of Nigerian Prison Service, Lagos.

The 45 years old Prophet, who has his Church in Oke-Ira, Ogba, Lagos State, was sent to the remand facility by Justice AbdulAziz Anka of a Federal High Court, Lagos, on Monday, after he was arraigned before the court, on a five count- charge bordering on fraud, stealing, impersonation, forgery and false accusation.

In the charge marked FHC/L/234c/2017, Police alleged that the Celestial Prophet had between 2008 and December 2016, pretended to be a spiritualist, soothsayer capable of preventing all types of spiritual and physical attack.

The police alleged that the Prophet, who carried out his heinous acts between Lagos, Ogun and Ekiti States, fraudulently obtained the sum of N70 million from Abbey N Becky Enterprise and Nichole Integrated Investment Limited, who were represented by Peter Omokaro and Catherine N. Omokaro, under the pretence that he will assist them spiritually.

The police alleged that the Prophet defrauded the two firms through his account numbers: 2055838342 and 2060863319 domiciled with United Bank for Africa (UBA) Plc.

The Prophet was also alleged to have forged the two firms’ identity cards, which he used in claiming to be a staff of the companies, as well as made a false accusation against Peter Omokaro, one of the fraud victims.

The Celestial Prophet however, pleaded not guilty to the charges.

Consequently, the Presiding Judge, Justice Anka, ordered that he be remanded in Ikoyi Prisons till August 17, when his bail application will be heard.

Prophet Ayoola, of the  Celestial Church of Christ in Oke-Ira, Ogba, Lagos State, had earlier denied the allegation that he collected about N70m, three houses and two vehicles from his victims.

The 45-year-old prophet said  he only assisted the woman to cure “a strange ailment, which almost forced her to commit suicide,” adding that she gave him about N25m in tranches as gifts.

He stated that he used the money to build a four bed-roomed duplex in Ijoko, Ogun State.

The defendant also admitted that the woman also bought a Toyota Highlander worth N6million for him.

The prophet denied that the woman built two houses for him in Ado Ekiti, Ekiti State, and bought a Lexus for him.

It was reported that the woman had approached Ayoola sometime in 2007 through a neighbour to seek spiritual solutions to her fibroids after a doctor reportedly told her that her womb had to be removed to cure the ailment, which made blood flow from her private parts for 14 years.

The prophet was said to have given her some concoctions and charged N98,000 for the treatment.

The flow was said to have stopped after taking the herbs, but returned two weeks later.

The prophet was alleged to have told  the woman that her husband was behind her ordeal and advised her to bring her three children for spiritual cleansing because her husband wanted to use them for rituals.

The prophet was said to have subsequently hypnotised the woman and asked her to build a duplex for him in Ijoko, as well as two five-bedroom bungalows in Ado Ekiti.

However, it reportedly dawned on one of the woman’s children, a lawyer, sometime in March 2017 that the family was being duped after the prophet allegedly collected millions of naira from her for spiritual help.

The case was subsequently reported to the police at the Special Fraud Unit, Ikoyi, leading to the prophet’s arrest.