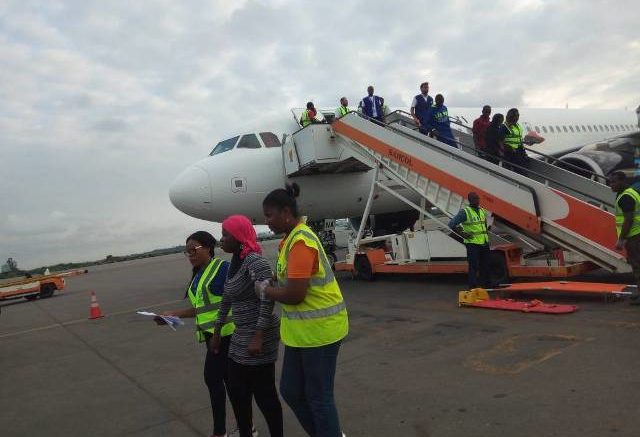 No fewer than 128 Nigerians voluntarily returned from Libya today in a chartered A320 aircraft operated by Afriqiyah,

The returnees arrived the international wing of the Murtala Muhammed Airport(MMA),Lagos at exactly 5:35 p.m.

The repatriation was facilitated by International Organisation for Migration (IOM) in partnership with the Federal Government.

On hand to receive the 128 returnees were government agencies such as Nigeria Immigration Service(NIS),Federal Airports Authority of Nigeria(FAAN) and Police officers from the Airport Police Command.

Of the 128 returnees, six of them have medical issues, as they were evacuated in ambulances provided by National Emergency Management Agency(NEMA).