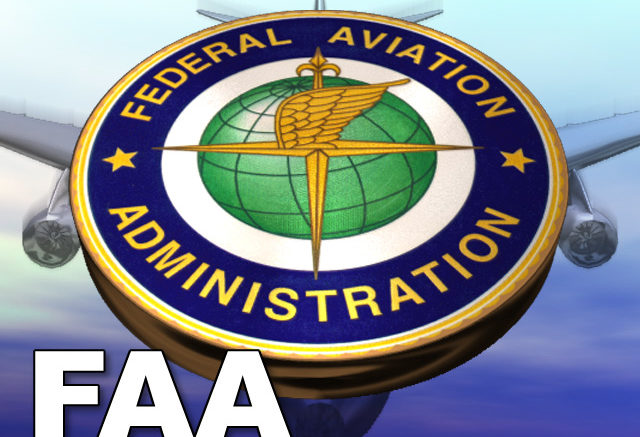 Barely three years after the United States Federal Aviation Administration (FAA) carried out assessment of the Nigerian aviation industry, the organisation will return to country for another round of audit beginning from August 21,2017.

This is just as the Nigerian Civil Aviation Authority (NCAA) restated that it would not reverse the N33.5 million fine imposed on FirstNation Airways for violating safety procedures.

Interacting with Aviation Journalists, at the Murtala Muhammed Airport (MMA) today , the General Manager, Corporate Affairs,Mr. Sam Adurogboye, said that the FAA team is expected in the country on Monday, August 21, 2017 and would round up on Friday, August 25, 2017.

According to Adurogboye the audit will last for one week.

He explained that the team would assess NCAA’s compliance with sections of the International Civil Aviation Organisation (ICAO) Standards and Recommended Practices (SARPs) as contained in Annexes 1, 6 Part 1 and 8.

He stated that the Nigerian civil aviation industry passed FAA assessment in 2014, when the team came for re-assessment of the industry, assuring that Nigeria would again scale through the hurdle.

The General Manager stated that Med-View Airline, the only  Nigerian carrier that operates long haul had also been selected for facilities test by FAA.

According to him, “NCAA is expected to complete the latest IASA checklist and return completed form to FAA before the team’s arrival. The FAA team will visit the maintenance organisation of Med-View Airline and any other necessary airline operator. The Director-General, NCAA, Capt. Muhtar Usman has therefore activated the authority standing audit team and they have since swung into action. Meetings are being held in readiness for the exercise to ensure a successful outing. There will be a de-briefing at the end of the exercise and a written report will be sent from the FAA headquarters to NCAA thereafter.”

On the N33.5million fine imposed on FirstNation,Adurogboye said it was the final and expected the airline to pay the sum any moment from now.

Adurogboye declared that NCAA never wanted to regulate airlines out of existence, but threatened that it might be forced to withdraw its services from the airline if the penalty was not paid by the airline.

In his words,  “That is why they say the law is an axe. The interesting thing is that for every regulation we have, they are put together by stakeholders. I remember in 2012, what was proposed for penalty for a smoker in the cabin by pilot as fine and it was a pilot that said it was too small and that it should be increased to serve as a deterrent. Who decides who has big money to now be able to pay the sanction? Is it by the number of aircraft in your fleet? That is why we have a chance for an Appeal, which the airline exhausted. The Appeal panel was headed by a lawyer, airline pilots that are not foreigners and are working with Nigerian airlines. Those are the ones that formed the team and threw away the appeal, not NCAA.”

He continued, “There is no Appeal again. The highest you can do that is allowed by the regulation is by that appeal, which they have done. Then, you have to pray for your debtor to be alive to pay. We have a way of getting our money and we are in a system of ‘pay as you go.’ If you don’t pay what you owe, we don’t render service to you as well.”