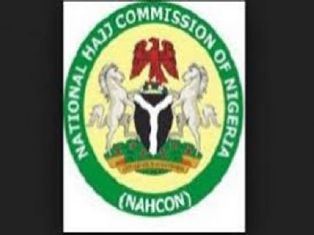 The Commissioner for Home Affairs, Lagos State, Alhaji Abdulateef Hakeem, stated that the state conducted medial screening for all intending pilgrims and that 18 of them were barred from travelling based on health issue and for failing pregnancy tests conducted on them.

This is just as the Commissioner, South West of the National Hajj Commission of Nigeria (NAHCON), Imam Faud Adeyemi disclosed that this year’s Holy Pilgrimage to Mecca , Saudi Arabia would commence on August 4 at the Murtala Muhammed Airport (MMA), Lagos with a total number of 6,047 pilgrims to be airlifted from Lagos Zone.

The Lagos Stated Commissioner regretted that some of those of the females, who tested positive to pregnancy tests, later aborted the pregnancies in order to embark on the hajj exercise, stressing that annual hajj exercise was not a do or die.

“This only points to one thing that what they are going for has already failed. But, on our part, we are ready and prepared for the exercise and our intending pilgrims have been lectured on dos and donts in the holy land,” he added.

The Federal Airports Authority of Nigeria (FAAN) also assured that all facilities to make the exercise a hitch-free have been put in place by the government.

Speaking further , the Commissioner, South West,NAHCON disclosed that two airlines: Med-View from Nigeria and FlyNas from Saudi Arabia would airlift the pilgrims out of Lagos Zone to Mecca, Saudi Arabia.

He explained that majority of the pilgrims would be airlifted by Med-View Airline while the Saudi Arabian carrier would airlift pilgrims from Ogun and Armed Forces.

He, however, noted that there is serious security challenge in the country,urging security operatives that would be deployed for the exercise to enhance security at the airport environments.

He assured that NAHCON would make the exercise enjoyable for all pilgrims.

According to him, “There is security challenge in the country generally as we speak now. Even Lagos is not an exception. For instance, we have issue of Boko Haram in some parts of the North and issue of kidnapping, which is fast growing in Lagos.”

Also speaking at the meeting, a  representative of the Managing Director of FAAN, Engr. Saleh Dunoma, Mr. Asizehi Musa, Terminal Manager, Hajj and Cargo, reiterated the readiness of the agency for the exercise.

Musa explained that FAAN had activated all the facilities for the smooth running of the exercise, stressing that this would further improve quality service delivery for the pilgrims.

He further implored all security agencies to synergise and support Aviation Security (AVSEC) of FAAN in the discharge of their duties, adding that they should ensure all prohibited items are not smuggled to Saudi Arabia.

“On our part, we are ready for the hajj exercise. We are presently putting finishing touches to our facilities that would be used for the exercise and we want to assure all and sundry that we will improve on the 2016 exercise where we were rated as number one in the country,” he said

The Head, Ground Operations of Med-View Airline, Mr. Michael Ajigbotoso, in his report, said that the airline had deployed three aircraft for the exercise.

Be the first to comment on "Hajj: Lagos Intending Female Pilgrims Abort Pregnancies To test Negative"