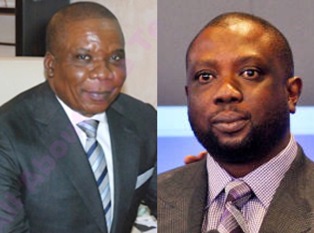 A Federal High Court sitting in Lagos  has adjourned till September, 29, 2017 to decide either to stay proceeding or not in a suit filed by the Federal  Government and two of its agencies against two oil companies Atlantic Energy Drilling Concepts Nigeria Limited (AEDC) and Atlantic Energy Brass Development Limited (AEBD), aimed at  recovering the sum of $1,762,338,184.40.

Joined as co -defendants are two Nigerian businessmen Olajide Omokore and Kolawole Aluko, who are both Chairman and Director of the two oil companies respectively.

Apart from the pending application filed before the court by Omokore and Aluko urging the court to stay proceeding on the suit on the ground that  they have filed an appeal against the ruling of the court,there is another pending application filed by a limited liability company Virtual Properties and Investment limited as intervener,urging the court to discharge or varying its order,as it relate to Marion Apartments,on the ground that the property known as Marion Apartments located at Block 8 Plots 4&5 Onikoyi Estate, Banana Island, Ikoyi consists of 56 apartments are owned and developed by the intervener by virtue of two separate deeds of sublease the intervener conveyed its interest in 43 out the 56 apartments to Realblanc Energy Engineering limited, an affiliate of the defendants.

The intervener still retains ownership of the 13 out of the 56 apartments in Marion Apartments, therefore the order of the court is prejudicial to its interest and interferes with its right ownership over these flats.

Sometimes last year the Federal Government alongside,Nigerian Petroleum Development Company (NPDC ) limited and Nigeria Petroleum Corporation  (NNPC) dragged Atlantic Energy Drilling Concepts Nigeria Limited, Atlantic Energy Brass Development limited and two of their Directors Olajide Omokore and Kolawole Aluko before the court,urging the court to restrain the defendants and their agents  however called within and outside Nigeria from giving instructions, demanding, accepting or receiving payment from 19 commercial bank in Nigeria, 8 offshore banks and 8 other companies listed before the court.

In an affidavit sworn to by a legal practitioner Oginni Isaac Kehinde from Federal Ministry of Justice Abuja and filed before Justice Oluremi Oguntoyinbo by a Lagos lawyer Oladipo Okpeseyi SAN, the deponent averred that Olajide Omokore,Kolawole Aluko and their two companies are indebted to the Federal Republic of Nigeria in the sum of $1,762,338,284.40 on account of crude oil lifting under strategic Alliance Agreements between them and Federal Government

Ogini averred further that the defendants by virtue of the agreement was granted license to lift crude oil and other associated products in Nigeria for sale and for parties to share the profits in agreed terms.

Plaintiffs said that the defendants indeed lifted and sold the crude oil and have been paid but bluntly and deliberately refused to pay the Federal Government, rather they unlawfully  diverted and converted the profits share due to the Federal Government in the sum of $1,762,338,184.40 to their private use.

In a particular diversion, it was alleged as follows  that :sveral vehicles with combined value of over N800,million were purchased by the defendants and donated to Peoples Democratic Party (PDP) through its National chairmen Prince Seconds.

Additional vehicles valued at over N130million were also  purchased by the defendants and distributed to former Minister of Petroleum, Mrs Dieziani Alison Maduekwe and some other management staff of Nigerian Petroleum Development Company (NPDC).

Payment of a total sum of $25,839,606.77 and N95,000,000 was made to Real Bank for the purpose of part financing the acquisition of the Atlantic Energy Drilling Concepts Nigeria limited (AEDC) and Atlantic Energy Brass Development limited (AEBD) companies property as well as renovation of the properties listed below :

(4). Renovation of the Admiralty Towers at 8 Gerrard road Ikoyi, Lagos.

Additional funds were said to have been  transfered among others to the tune of $69,912,981.15 to several companies namely:Mia Hotels limited, First Motors limited, V.I.Petrochemicals,Evergreen Reality &Management, WIz Trade limited, DE First Union Integrated Services and Amity Plus limited.

Ogini also averred that Kolawole Aluko literally took residence outside the shores of Nigeria in order to facilitate the diversion of the proceeds of the crude Oil lifted.

The venture which includes physical assets, cash in the bank and shares as  at 2014 are as follows :

Consequently, the court was urged as a matter of utmost urgency and public interest, in aid of administration of Justice to issue a  worldwide Mareva order restraining the defendants from dissipating all  known assets directly or indirectly by the defendants including but not limited to assets listed on the face of the motion paper filed before the court.

After hearing the submission of the counsel to the Federal Government,Oladipo Okpeseyi SAN, the Presiding Judge Oluremi Oguntoyinbo issue an order restraining the defendants and their agents from demanding, receiving, transacting, mortgaging or whatsoever dealing in any manners with the assets of the defendants in banks, houses, land and shares in Nigeria and others located outside Nigeria, while the Nigerian banks listed in the motion papers were ordered to within 7 days to sequestrate all money and negotiable instruments standing to the credit of the defendants in the sum of $1,762,338,184.40 and keep same in an interest yielding account in the name of the Chief Registrar of the court as trustee of same pending the determination of the motion on notice.

The court also ordered that the order of the court should be served on the affected parties by way of  advertisement in Newspapers circulating within and outside the Federal Republic of Nigeria.