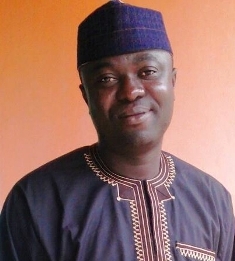 Justice AbdulAziz Anka of  Federal High Court, Lagos today awarded a cost in the sum of N20, 000, against the lawyer of billionaire Kidnapper, Chukwudumeme Onwuamadike a.k.a. Evans, Barrister Olukoya Ogungbeje.

Apart from award sum, the judge also warned that Ogungbeje should desist from acts unbecoming of a legal practitioner.

The court took the two action today during a hearing of what was supposed to be hearing on the fundamental rights suit filed by the lawyer on behalf of the billionaire Kidnapper Evans.

Evan had filed the suit against the Inspector-General of Police demanding N300 million, for what he termed as his ‘Illegal and unlawful detention’.

However, the proceedings was Stalled due to the absence of Ogungbeje.

The lawyer had written to the judge requesting for an adjournment on the reason that he has been sick and needed to attend to his health.

But not well convinced by Ogungbeje’s claim, Justice Abdulaziz Anka went ahead to award a punitive cost of N20,000 against him for what he described as unprofessional conduct.

While contending that Olukoya Ogungbeje had written a letter to the court asking for an adjournment on the reason of sickness, no copy of the said letter was sent to lawyer to the police, Emmanuel Eze.

Justice Abdulaziz Anka said, “It is unprofessional for a lawyer to communicate with a judge without carrying the other parties along.

According to the judge, “The court has noted the conduct of counsel, who wrote to the court without copying other parties. This is unprofessional. The court hereby warns the counsel to desist from such a conduct.”

The judge in a short ruling held that the punitive cost must be paid before the next adjourned date, adding that Olukoye Ogungbeje would not be given audience if he fails to do so.

Be the first to comment on "Again, Court Slams Evan’s Lawyer, Ogungbeje With N20,000 Fine For Professional Misconduct"