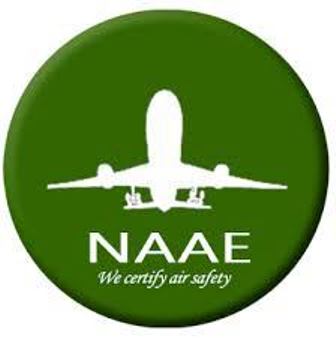 …To Change Name From NAAE To NATSEA

Ishaya Dung and other  officers were  elected at its Annual General Meeting(AGM)/Election held in Kano, Kano State, with theme, “The New Beginning” to pilot the affairs of the body for the next two years.

Recalled that NAAE  experienced  temporary set back when the outgoing executive of body led by  Comrade Isaac Orishaleye, an air traffic engineer was booted out of office unceremoniously  by the then management of Nigerian Airspace Management Agency (NAMA) in 2013.

As a result, a reconciliatory committee headed by Mojisola Dokun returned the instrument of office to the 2012 executive and mandated it to conduct a fresh election that was held at the weekend.

Earlier in his welcome address, Orishaleye thanked God and all NAAE members for the singular privilege accorded him to serve NAAE in the capacity of President.

He lamented that the association was for many years in wilderness, orchestrated by events that happened five years ago.

“We indeed have to start all over again if we want our tomorrow to be glooming and those coming after us to have a place in this industry,”he said.

He specifically expressed worry that the welfare packages of their colleagues, particularly in NAMA have remained stagnant over the years despite having three consecutive Managing Directors as NAAE members.

He further stated that the required synergy between the association and the Amalgamated Union Of Public Corporations, Civil Service Technical And Recreational Services Employees (AUPCTRE) needed to effect positive change lost steam owing to deficient and illegal or imposed NAAE representation.

Orishaleye further stated that enhancing air safety requires training and retraining among others, but regretted that the act of lobbying is putting undue pressure on the Directors and the Chief Executive Officers of their respective organisations.

His words, “It is rather unfortunate that the level of indiscipline in the system is at its peak. This disposition falls short of one element (attitude) qualifying our licence/rating scheme and thus an abused of ethics of the profession.”

He explained that the outgone executive inherited and concluded the process of amending the constitution of NAAE, adding that the only thing left was the adoption by the General Assembly.

He revealed that the association was handed over to them without anything to work with and that they were mandated by well-meaning members to conduct free, fair, and credible and an all-inclusive AGM /Election for all stakeholders in NAMA, NCAT, NCAA and Ibom.

According to him, “It is common knowledge that those who operated the association from 2012 to 2017 refused to hand over the finance of the association to us despite various appeal from the Director of Safety Electronics and Engineering Services (DSEES) and all the General Managers in the SEES Directorate.”

He continued, “The Technical Adviser to the MD /CEO Johnson Otitolaiye and me personally begged Ebenezer Makanjuola, Francis Omeje and Opar Ojar to see reason and effect change of signatory in order for the association to function but they vehemently refused.”