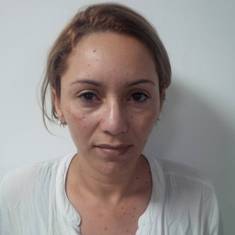 Justice C.M.A. Olatoregun of the Federal High Court Ikoyi has sentenced two Brazilians to fifteen years imprisonment or N20 million  each for unlawful importation of 23.865kg of cocaine through the Murtala Mohammed International Airport (MMIA) Lagos.

The convicts, who claimed to be tourists had earlier pleaded guilty to a one count charge of importation of cocaine without lawful authority.

Officers of the National Drug Law Enforcement Agency (NDLEA) apprehended the Brazilians following the discovery of canned cocaine in their luggage during inward screening of passengers on an Emirates flight. The canned cocaine was found inside their luggage containing personal effects.

In his plea, the defence counsel, Barrister Onifade begged the court to tamper justice with mercy because they are young, ignorant of the fact that they were carrying cocaine and that they are first offenders.

In response, the prosecuting counsel, Barrister Ibrahim Abu argued that the drug trafficking is strict liability offence and prayed the court to apply the punishment as stipulated by the NDLEA Act.

Justice Olatoregun after due consideration of both arguments said that there is need to punish drug traffickers severely thereby sending a serious warning to those who think they can import narcotic drugs into the country in a bid to enrich themselves.

She therefore sentenced the Brazilians to 15 years imprisonment or a fine of twenty million naira each.