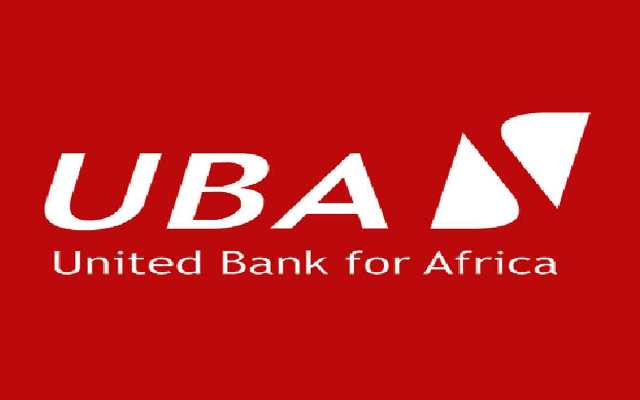 A limited liability company, Citygate Global Investment Limited, has instituted a suit before a Federal High Court, Lagos, against the United Bank for Africa (UBA) Plc, over alleged Illegal charges.

The applicant, who claimed to have registered with Security and Exchange Commission (SEC), in a suit marked FHC/L/CS/407/2017, is seeking a court order mandating UBA to refund the sum of N3. 450 million, being the penalty of the alleged sum illegally excess and charges, award for general damages, and litigation cost incurred respectively.

The applicant also want a court order mandating order compelling UBA to publish an apology in five national newspapers for the said excessive and illegal charges.

The limited liability company in an affidavit in support of the originating motion, deposed to by its Legal Officer, Ms. Busola Oluwole, stated that the company’s Chief Executive Officer, Mr. Segun Durojaye, narrated to her on March 10, 2017, that UBA representative approached and introduced to him a product called U-Gold Saving Account, and stated that it features included minimum opening and operating balance of N10, 000; Zero C.O.T., Third party withdrawal, unlimited number of withdrawal, Internet and mobile banking, debit card issuance and SMS and E-mail alerts.

The deponent stated that shortly after opening the said account, UBA began misappropriating the applicant’s funds, converting same and plundering the said account with different C.O.T and other charges, which UBA had warranted that the account would not be exposed to, adding that UBA’s misrepresentation warranties and conditions of contract, which the applicant had relied upon, altering its situation and eventually suffering economic losses.

The deponent further stated that UBA’s unwantonly breached the terms of the contract as well as of that customer-banker relationship existing between parties and that she is aware that UBA plundered and subjected the applicant’s funds to wanton debit between October 19, 2011 and March 4, 2015.

The deponent added that upon discovery of the said discrepancies, the applicant engaged UBA through its branch and head office to desist from unauthorised and illegal deduction and the bank refused the applicant engaged the services of a forensic accountant at its own cost to conduct an audit of the account, which revealed the said distortion in its accounting operations.

The deponent also stated that they were surprised upon receiving a regular, almost automated reply to the correspondence forwarded to UBA, where it stated that investigation would be conducted on the account, but no reversal was done and no other report of investigation was received, while UBA continue to withhold the said applicant’s funds.

She also said upon filing a suit against UBA at a Magistrate Court, which was later struck out for want of jurisdiction, the bank admitted it’s negligence, conversation and breach and made refund of some funds illegally debited outside of the two weeks window prescribed by the Provision of the Central Bank of Nigeria (CBN) guide to bank charges, without the statutorily prescribed letter of apology to the applicant.

The deponent averred that UBA converted the applicant’s funds in total breach of banker-customer relationship and breach of fiduciary good faith entrusted in the bank.

She added that applicant has suffered economic losses in general and specific damages which require recompense.

The deponent therefore urged the court to interpret the various documents and policies in favour of the applicant and award the statutory damages for the applicant against UBA.

However, UBA while pleading the court not to grant the request of the applicant has filed a counter-affidavit in opposition to its Customer’s originating motion.

UBA in its counter-affidavit deposed to by its Legal Officer, Gabriel Omu, while admitting that the legal status of its customer, stated that the bank is not in position to know if the applicant is registered with the Security and Exchange Commission SEC) or engaged in other activities.

He also stated that the bank charges, which the applicant is contesting, are for Electronic Fund Transfers, to wit, IRO, NBBS charges, debit card fees, SMS and E-mail alerts from the inception of the account in October 19, 2011, up till March 16, 2015.

He also stated that the bank; UBA, did not make any admission of negligence, conversation or misappropriation of the applicant’s funds at the Magistrate Court, Lagos, adding that the suit marked MCL/314/16, instituted by the applicant against UBA was struck out for want of jurisdiction in June 2016, while the bank had paid into applicant’s account a total sum of N1.100, 826.08, being VAT on the bank charges and IRO-NBBS charges on May 31, 2016.

The deponent urged the court to dismiss applicant’s suit against UBA with substantial cost.

However, Justice Oluremi Oguntoyinbo, has adjourned the matter till September 25, for hearing.