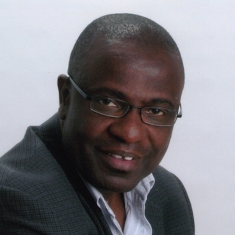 A Professor of Aeronautics and Astronautics and Provost, College of Engineering, Kwara State University, Prof. Leo Daniel in this interview speaks on the aeronautics and astronautics exploits of the university and the vision to revolutionise the Aerospace and Aviation industry in Nigeria. He also stated that Nigerian aviation industry has not evolve especially with the absence of a national or flag carrier, aircraft hangar as well as the glaring infrastructure deficit. Government, he posited should have supported  Arik Air to grow instead of watching it collapsed. Excerpt.

Can you give an insight into KWASU’s Aeronautics and Astronautics programme?

I was brought in by KWASU through the former governor then, now the Senate President, Dr. Saraki. He was actually having a vision of building Aeronautics and Astronautics programme. In fact it was called Mechanical and Aerospace Engineering. But when I came I put the two courses into different departments – one Mechanical Engineering and another is called Aeronautics and Astronautics which is my own area of venture because I came from Massachusetts Institute of Technology (MIT) and I see how it is done there.

We have just got accreditation in that programme and the result of that accreditation is going to be released maybe in the next couple of weeks. So Aeronautics and Astronautics has come to stay in Nigeria. Other universities like University of Lagos, University of Nigeria, Nsukka, University of Uyo, among others are now studying us to start the programme. In other words, we started the programme which is helping Nigerian aerospace industry and aviation industry in general. Why do I say that? When the students graduate they would be experts in helping the Aerospace Industry grow.

Aviation institute such as the Nigerian College of Aviation Technology(NCAT) has been trying. Most of our students are going there for Industrial Training and the Nigerian Air force also came in and we are working together to see how we can integrate our system together. Many things are happening as I speak. And like I said the sustainability of this programme depends on the government and even the Federal Government to inject more money into the programme so that we can do like other countries are doing.

If I’m right, are you trying to complement the existing aviation training institutions?

Five years down the line, what have been the exploits and achievements?

Starting the programme alone is the greatest achievement in this country. I was shocked when I realised that there was no such thing in Nigeria. All the curricula that we set up, we helped the NUC to get this programme integrated into their curriculum and they can now send it to different universities that want to start it. I’ll give kudos to my Vice- Chancellor, Professor Abdulrasheed Na’Allah, who is steadfast in pushing this thing to a successful end.

But what about the manpower gap?

That’s a very good question. Thank you very much for asking. That question has been asked before. Manpower is a difficult thing. We can’t find anyone in Nigeria. Let me give you example: Rocketry or Propulsion system, we don’t have people who are trained in Nigeria. We don’t even have it in Nigeria. What we have done is to train our lecturers. We sent one to Atlanta Georgia who is now being trained for PhD in Aerodynamics system. He will soon graduate. Aerodynamics system comprises all the forces that we have in aircraft, the thrust, the lift, the weight, all these have to do with Aerodynamics system of an aircraft. He is studying that aspect. We also intend sending one lecturer for further study. Give us five to 10 years from now, we would have been able to get adequate manpower to man the system. Currently we have three Professors in the department. We partnered with Mechanical Engineering to get some lecturers. Then we also partnered with University of Ilorin, Nigerian Air Force and of course like I said we are training some of our staff. We are hoping that our students would be the future manpower that we are training. So we are on course.

In terms of invention ,what has department invented? I remember you talked about Unmanned Aerial Vehicle (UAV) which one of your students invented?

Yes that’s where my expertise really lies. UAV is a simple thing like flying an object that is not manned by anybody. We use it for reconnaissance operations, mapping the system and all these things. KWASU has been able to start building things like that. Students flew one on campus sometime two years ago.

How will this Aeronautics and Astronautics programme translate into aviation development in Nigeria?

The manpower we are training with time would build the system automatically. A little drop of water would make a mighty ocean. So from where we are, we are still not achieving what we intend to have in terms of the national goal of having aviation industry but with this small step, we would actually get there. What we need is funding to train the manpower we need.

Now if you are to rate aviation industry in Nigeria, at what level will place it?

Cuts in: What about Lagos and Abuja airports?

What do they have there? Just fly to a place like Dubai. When you get to that place, the terminal alone will tell you that there is airport. Do we have such terminal here? They have extended the Murtala Muhammed Airport but it is not enough to actually depict us. The only airport that has the longest strip in West Africa today is Uyo. Boeing 747 or Airbus 380 can actually land in that airport.

Two major issues that have dominated the discourse in Nigerian aviation industry are concession of airports and bringing back of the national carrier, what’s your take on that?

The private segment has been doing that. Take Arik Air for instance. Arik was part of the private industry to help build the transportation system but where is Arik today? This kind of thing, government must take it up first and build it to a level that is sustainable. Then you can privatise some sectors of the industry, not necessarily the entire system. But first build an airport of international standard, build a terminal of international standard, designate four terminals in the whole country.

Cuts in: I think that is what the government is currently doing?

If they can do that, they would be able to build a future of space industry. You have to generate a benchmark for the industry to grow. When you have achieved that you can now privatise it. Heathrow Airport was privatised but government is still putting a lot of money. Look at British Airways, the British Airways is privatised but the government is still owning a stake. In United State, Delta and United Airlines are all private industries but when they experience crunch, the government still supports  them to grow.

Are you saying government shouldn’t have allowed Arik to collapse the way it did?

Yes. It is dying. Why won’t they support it? Then if you don’t support that, start a carrier that is reputable like Ethiopian Airlines, South African Airways, even Kenya, these are countries with their flag carriers which are bearing their flags like Nigeria Airways used to do. So inject funding to do that. Then you can now give it out to private industry to help you. Nigeria has the fund to do this.

But government seems to be serious in bringing back the national carrier. Already transaction adviser has been appointed, are you optimistic?

Let me see what they would do. I can only watch and see what they are doing. What we need in this country is a systematic upgrade of our system totally from ground to space, launch vehicles and rocketry.

Be the first to comment on "Nigeria’s Aviation Sector Is On Level Zero –Prof. Leo Daniel"