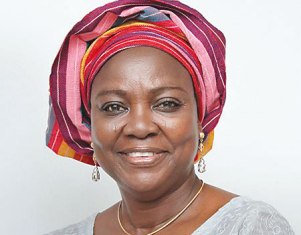 President, National Association of Nigeria Travel Agencies(NANTA), Mr Bankole Bernard has described the Lagos Commissioner for Tourism, Mrs Adebimpe Akinsola as grossly incompetent and not fit to hold public office in a state such as Lagos, where the best brains are needed to generate and sustain social and economic values that drives development.

Bernard, who picked offence at the public display of arrogance and poor cultural values exhibited by Akinsola during a visit to her office on Friday, advised the governor to drop the commissioner and look elsewhere for a competent, respectful and culturally minded Lagosian to run the ministry.”

The NANTA boss stated that Akinsola does not have the charisma, intellect and cultural power to sustain the dream of Lagos tourism under governor Akinwunmi Ambode.

“How can a public officer with a sense of history and respect for growing private sector participation in tourism development in Lagos brazenly and openly take actions to humiliate an organisation to which she wrote to invite to meet with her and later turned around in same breath to insult their presence?”Bernard queried.

He stated that NANTA  as a credible and responsible association of travel trade practitioners in Nigeria would not fold its hands and allow politicians in public office to kill the tourism and culture sector.

On the issues that led to the public spite with Tourism Commissioner, Bernard explained that NANTA  wrote to visit Akinsola when she took office to find ways to collaborate with Lagos government on tourism tax and other key platforms that would aid speedy development of tourism in Lagos, a process severally ignored by Akinsola until her ministry wrote to accommodate NANTA for a visit, which went awry as she refused to appear for the meeting despite that she was in the office.

According to Bernard, “Akinsola’s attitude was insulting to NANTA ,as she was in the office at the time of the visit. We don’t want to know what she is up to and why she could not have called to inform us earlier that she cannot receive us. NANTA seeks no political patronage but it is known to contribute to development of Lagos and Nigerian tourism. We partnered with Folarin Coker effectively when he was in office to deliver Lagos tourism agenda and wonders. Akinsola’s deliberate attempt to humiliate NANTA leadership is like touching a tiger’s tail.”