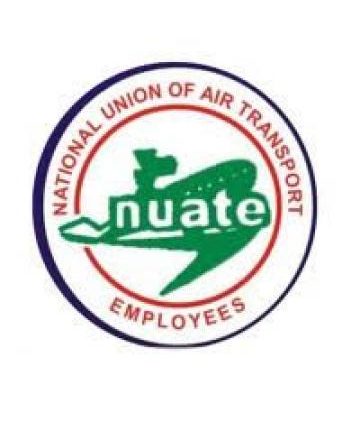 The National Union of Air Transport Employees (NUATE), one of the leading  industry unions has threatened  to shut down operations in the Nigerian Civil Aviation Authority (NCAA) across the five regions over refusal of the regulatory body to issue promotion letters  to  staff, who passed the last promotion exercise.

The union also gave NCAA 10 days within which to address the issues raised or face industrial action.

The  union issued the threat in a letter written to  the Director General of NCAA ,dated June 20,2017 with the heading, “Demand for Outstanding Promotion Letters for Deserving Staff Within One Week : Avoid Imminent Labour Crisis and signed by its General Secretary, Comrade Olayinkaolu Abioye.

The threat is also contained in another letter written to the agency on June 29, 2017, reminding NCAA of the issues raised in the June20, 2017 letter.

Reacting , the General Manager, Public Relations, NCAA, Mr. Sam Adurogboye, confirmed that the management has received the letter, adding that it was studying it .

According to him, “I can confirm to you that the management today received a letter to that effect. It’s been being studied with a view to engage the union and respond appropriately.”

NUATE contended that consequent upon the humongous complaints, agitations and expressed frustrations and death arising from the recently released promotion letters to members of staff of the authority and bearing in mind that peace of mind of the worker translates to industrial peace in the workplace, it was compelled to draw the attention of management to what the union described as “unwholesome and unacceptable outcome” of the last promotion exercise,.

It further posited that the action of NCAA management has denied several suitably qualified members of staff  of  promotion despite  the fact that they were qualified to be invited to such promotion exercise, sat for same and passed their relevant examinations and other ancillary criteria there to.

The union stated that in the letter that after due consultations and in-depth investigations, it was highly disappointed and shocked by the processes adopted by the NCAA management to promote a “few” out of the “meritorious lot” that ought to have benefited, thereby creating unnecessary panic, mental agonies and anxiety within the NCAA,.

This, NUATE  said necessitated this letter, aimed at getting deserved attention and urgent positive promise to review the exercise in the collective interest of all parties.

“By this letter sir, we demand immediately within one week of receiving this letter, for the release of promotion letters to all members of staff who passed the last promotion examinations, irrespective of their status,, as we may not guarantee industrial peace in all the regions of the NCAA should your management fail to adhere to this simple task,”

NUATE stated that NCAA management violated extant rules, Conditions of Service and NCAA’s Scheme of Service to create an administrative lacuna to the extent that out of the five staff that passed an examination, only one would be given letter of promotion, wondering why NCAA would allow this to happen

According to NUATE, “We have a situation where a staff, who has been an Assistant General Manager(AGM) since 2008 was promoted to Deputy General Manager(DGM) “effective” 2017 whereas his date of promotion ought to have been 2011. What manner of administrative crookedness and injustice is this? Such an individual should be preparing for consideration and promotion to being a General Manager!.”

It added that NCAA rather than open up space for suitably qualified members of staff to enjoy the benefits of their long “sufferings/perseverance” over the years in their contributions to the success of the authority, management blocked their ways by engaging in antics unbecoming of a first class parastatal.

NUATE wondered why NCAA would allow a non professional without the prerequisite qualification to be forced down its throat as a Director of Finance and Accounts, in the midst of great minds, with the qualifications and envious credentials, calling for the stoppage of this self inflicted injury..

The union also wondered why NCAA management has not been able to explain how and why someone without any knowledge and or background in air transport would be brought into the system and placed on Grade Level 16(GL16), at the expense of more suitably qualified personnel.

According to NUATE, “Why should someone be posted to the NCAA from another agency when the NCAA or the individual did not request for such? Why is the authority silent on this untidy development, which has deprived qualified personnel in the NCAA from occupying such position? By the spirit and content of the NCAA’s Scheme of Service for example, in Finance and Accounts, a staff can only be promoted to GL13 only if such an individual qualifies as a member of a registered professional body; ditto for those aspiring to GL14, one must be professionally qualified, acquire relevant certificate(s) to be on GL14 or GL15 but what has management done, with this promotion? We see these anomalies as breach of the rules, with impunity, which is unacceptable.”

It continued, “We are not unaware of a correspondence earlier sent to the Ministry, which we strongly felt the CEO was misled into signing; whereby management sought the approval of the Ministry to promote certain listed staff with the recommendation of “subject to vacancy”. How and why would a right thinking management expose itself to such trap and ridicule, whereas the duty of a good management or government is the happiness of its people?