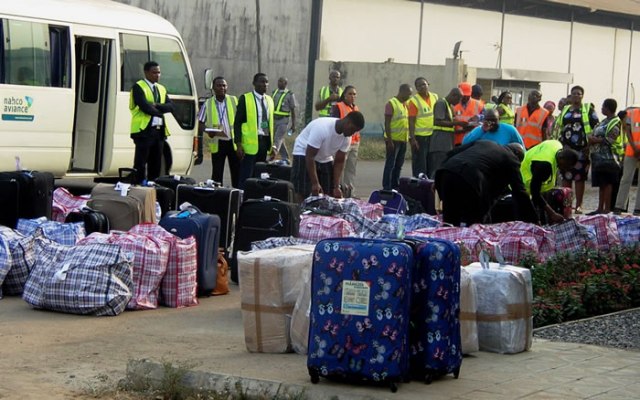 The deportees arrived at the international wing of the Murtala Muhammed Airport (MMA) Lagos, at about 6.40am on board a Privilege Style aircraft with registration number EC-IZO.

The deportees, comprises of 21 males and two females.

Alabi said that on arrival at the Lagos Airport, the deportees were received by officers of the Nigerian Immigration Service (NIS) , the National Agency for the Prohibition of Trafficking in Persons (NAPTIP), the Police.officials  the Federal Airports Authority of Nigeria (FAAN) and the National Drug Law Enforcement Agency (NDLEA).

The Airport Police spokesman said that the remaining 12 deportees, who allegedly committed immigration-related offences , were profiled  by NIS officials and subsequently allowed to go to their respective destinations.

Be the first to comment on "Spain Deports 23 Nigerians"