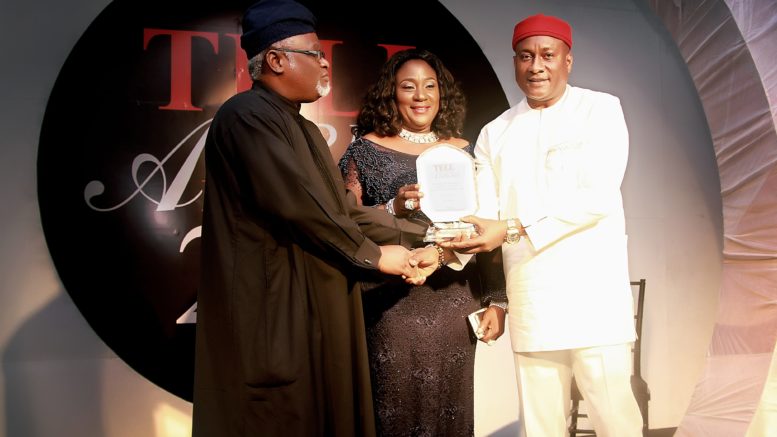 Chief Executive Officer of Air Peace, Mr. Allen Onyema has promised to connect more cities in the country through air travel to promote the oneness of the different ethnic groups.
Onyema made the promise at the maiden TELL Awards for Excellence held in Lagos at the weekend, where Air Peace was honoured as the Best Domestic Airline in 2016.
The Air Peace boss stated that there was strength in the nation’s diversity, wondering why people from the different ethnic groups could not “fight for one another rather than fighting with one another.”
The airline, the Air Peace boos stated was promoting the unity of the country through its flight operations and policy of employing workers without ethnic or religious considerations.
He described Air Peace as a mini Nigeria based on the different nationalities constituting its management and workforce.
Onyema assured that the airline was increasing its fleet size to 22 in other to connect more cities across the country and beyond.
Earlier, the Editor-in-Chief of TELL Magazine, Mr. Nosa Igiebor praised Air Peace for rescuing the flying public at a time air travel in the country became hopelessly challenged.
He wondered what would have been the story of the nation if Air Peace did not intervene to tackle one of the worst crises in the aviation industry last year.
Igiebor explained that the TELL Awards for Excellence was instituted to encourage and honour the tiny clan of corporate and individual citizens making great efforts to transform the country and ensure the progress of its people.

Be the first to comment on "Onyema Promises To Connect Nigerian Cities, As Air Peace Wins Best Airline Award"