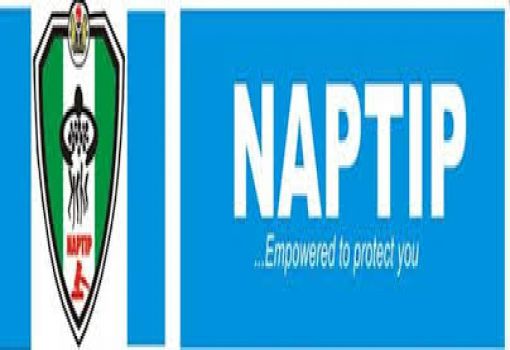 A 21-year old lady, Eunice Esther Aidoo, also called Esther Paul, has narrated before a Federal High Court, Lagos, how her newly born baby was traded for the sum of N200, 000, by someone she referred to as Aunty Tina.
Esther, a secondary school certificate holder, gave the sterling revelation during the trial of the said Aunty Tina, Tina Anyanwu, 46, her husband, Charles Chigozie Anyanwu, 50, one of their relatives, Chiamaka Sylvia Anyawu, 23, who were arraigned before Justice Mohammed Nasir Buba led-court, on charges bordering on a five-count charge of conspiracy, child trafficking, and transacting in child trading, by the National Agency for the Prohibition of Trafficking In Persons (NAPTIP)
Also charged with the them are one Alice Nwoke Ogechi, 52 and the man, who allegedly bought the newly born baby, Mr. Remigus Mbegbu, 50.
NAPTIP in a charge marked FHC/L/61c/17, alleged that the three Anyanwus had sometimes in the month of April, 2016, at Yahaya Street, Fagbile-Isheri, Lagos, conspired among themselves to sell the child of the Esther Paul.
The three Anyanwus along with Alice Nwoke Ogechi, were also alleged to have sometimes in the month of May 2016, conspired among themselves to sell a child of one Ukachi Ukamaka Cynthia, to Remigus Mbegbu. While Remigus Mbegbu was alleged to have bought the two children from Anyanwus and Ogechi, on the same month.
The offences according to the NAPTIP Prosecutor, Mrs. Idayat Balogun, are contrary to sections 27(a) and 21of the Trafficking in Persons (Prohibition) Enforcement and Administration Act, 2015.
The victim of the alleged heinous act, while revealing her ordeals on Monday, said after giving birth to a baby at a hospital, Aunty Tina and some people whom she (Tina) introduced as NGO visited her Ward and the nurse, who delivered her told her that she wanted to inject her so that she can be relieved of the pains she went through during delivery, but after she was injected she slept off and by the time she woke up, she could not find the baby again.
She said when she asked the nurse about the baby, the nurse told her that Aunty Tina had taken the baby away for care.
The victim, who was led-in-evidence by the prosecutor said on getting to Aunty Tina’s house on second day, Aunty Tina handed over N200, 000, to her and when she asked that what was the money for, Aunty Tina told her that it was the NGO.
The 21 years old lady also told the court that from the N200, 000, given to her, she gave N55, 000, to Aunty Tina, which she said was for her hospital bill and the sum of N5, 000, and N20, 000, to Aunty Tina’s daughter and husband respectively.
Apart from that, the she also said that Aunty Tina told her to refill the gas which she used to boil water for her bathing and gave her an order that she should leave their house after three weeks.
She however stated that it was not up to a week after the order was made that NAPTIP came to arrest her and the Anyanwus.
She also stated that before getting to NAPTIP office, Tina’s husband had told her to lie that the baby had died and she compiled, but when they went to the hospital where she delivered, workers at the hospital told the agency that the baby was handed over to them alive and it was then she told the NAPTIP the whole truth.
She said currently, she did not know where her baby is.
During cross examination by the counsel to Anyanwus, the witness told the court that she started leaving with Tina’s family when she was six months old pregnant.
She also told the court that she packed out of her Aunty place after she got pregnant, and relocated to an uncompleted building, on the promise of Aunty Tina, who had promised to accommodate her.
However, the matter has been adjourned till June 22 and 23, for continuation of cross-examination, and trial.

Be the first to comment on "‘Aunty Tina’ Sold My Newly Born Baby For N200, 000, Trafficked Lady Tells Court"