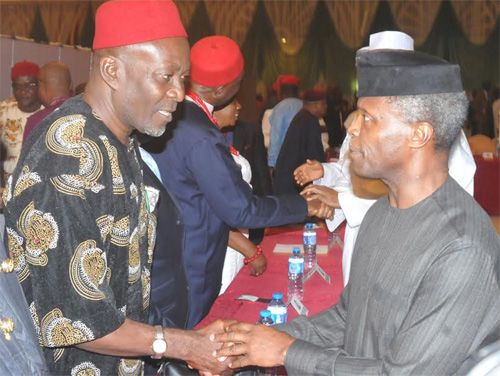 TEXT OF OPENING REMARKS MADE BY THE ACTING PRESIDENT YEMI OSINBAJO, SAN, AT HIS MEETING WITH LEADERS OF THOUGHT FROM THE SOUTHEASTERN STATES HELD AT THE OLD BANQUET HALL, STATE HOUSE, ABUJA ON WEDNESDAY JUNE 14, 2017