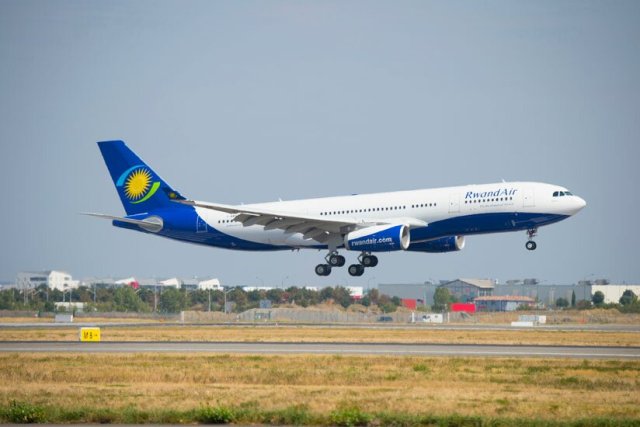 RwandAir the national carrier of the Republic of Rwanda is to commence non-stop flight operations from Kigali to Brussels, Belgium in July,2017.
The launch of flights to Brussels comes after the airline’s successful entry into the London market last month (May).
An online statement issued by the airline and made avaiable to Abelnewsng.com informed that all returning flights from Brussels to Kigali will be via London.
The airline said that with the new three flights a week between Brussels and Kigali, Rwanda’s capital, which will be operated by the airline’s Airbus A330 fleet configured in a triple class cabin and equipped with inflight connectivity, RwandAir offers a differentiated product in terms of passenger comfort and convenience.
Brussels, Belgium’s fascinating capital and the administrative capital of the European Union, is mainly known for centuries of history, renaissance architecture and monuments.
The city’s main attractions include the Grand-Place, an UNESCO World Heritage Site, the Bronzed Manneken-Pis and admirable green spaces such as the “Parc du Cinquantenaire”, Belgian Independence Monument.
Speaking on the route expansion to Brussels, the Acting Chief Executive Officer of RwandAir, Chance Ndagano,said, “Adding Brussels to our fast growing network, reaffirms our commitment to create new opportunities for both continents with smooth connections from cities with high demand and will go a long way in boosting trade and tourism.”
The new route brings the number of RwandAir’s network to 23 destinations.