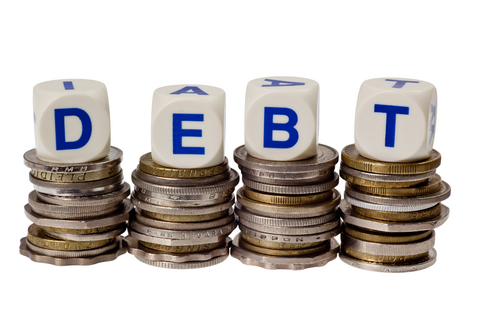 As the bickering between the Federal Airports Authority of Nigeria (FAAN) Air Peace rages on over whether the latter has paid debt owed the the agency,facts have emerged on the alleged disruption and delay of Air Peace aircraft 5N-BQR from Enugu to Lagos 7:15 am flight last week Friday.
Abelnewsng.com learnt that the airline only paid N2 million of the N7 million debt which has not reflected in the finance records of the FAAN as at Sunday, June 11,2017
The online platform further gathered that that was why the the airline’s aircraft that was scheduled to take off 7:15 am was delayed and finally took off 7:58 am from Enugu, which is 43 minutes delay and 2 hours as alleged by the Chairman of the airline, Barister Allen Onyema
Abelnewsng.com also learnt that from availabe record the airline has not paid the N5 million remita it claimed to have made to reduce its debt, while another debt has started piling from May 2017 till date.
Further checks revealed that the airline got last demand notice May 26, 2017 from the authority, after previous two notices from FAAN to settle its debt of N5 million; while another N3 million has also been accumulated.
But reacting to FAAN’s submissions in an online statement issued by the airline’s Corporate Communications Manager, Mr. Chris Iwarah, Air Peace stated that it furnished FAAN with the pieces of evidence of the two separate payments it made.
The airline in the statement alleged that ‘FAAN had recruited several groups to make false allegations against it in the authority’s bid to lower its corporate reputation in the estimation of right-thinking members of the public.
According to the statement, “On Friday, June 9, 2017, we alerted members of the public to the shutdown of our flight operations by the manager of the Enugu airport over a claim of N7 million debt. Upon realising its error, FAAN admitted that we were not owing it and apologised for the disruption of our flights and the inconveniences caused our esteemed guests whose flights were consequently delayed.”
It continued, “The authority had claimed in a demand notice to us dated May 19, 2017 that we were owing it a total of N7, 376, 990.94 comprising landing and parking charges of N6, 802, 071.47 and electricity bill of N574, 919.47. After reconciling our account with the authority, we made two separate payments. The first payment was a bank draft of N2,839,570.14 made on May 25, 2017. We made another payment of N3 million in favour of FAAN on the Remita platform on May 31, 2017. The bank draft and Remita receipt were duly sent to FAAN, which acknowledged receipt of the documents. The latest claim by the authority that our payments were yet to reflect in its system is, therefore, a very poor but worrisome attempt to feed members of the public with absolute falsehood. ”
The airline stated that it was shocking that FAAN would deliberately seek to poison the minds of members of the public against an airline that has always conducted its affairs in line with the law and discharged its obligations to government with a sense of urgency and patriotism.

Be the first to comment on "Flight Brouhaha: Your Payment Didn’t Reflect In Our System FAAN Tells Air Peace"