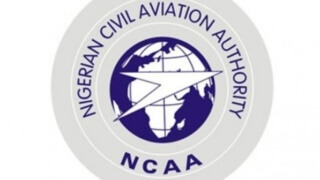 No fewer than 20 Aviation Safety Inspectors (ASI) of the Nigerian Civil Aviation Authority (NCAA) have successfully completed the NCAA/ICAO Endorsed Government Safety Inspectors (GSI) Airworthiness Course.
The Government Safety Inspectors (GSI) Airworthiness course is to ensure airworthiness inspectors develop additional proficiency in the processes and procedures of certificating an applicant for Approved Maintenance Organisation (AMO) and Air Operators Certificate (AOC).
An online statement issued by the General Manager, Public Relations, Mr Sam Adurogboye ,explained that the course covers the five phases of the certification process and the airworthiness Inspector’s role in each phase.
The course, Adurogboye further explained was held at the NCAA Training Centre, (HQ Annex)from the May 15– June ,2,2017.
He added that Nigeria is a signatory to the Chicago Convention on International Civil Aviation and it is expedient for NCAA to implement the International Civil Aviation Organisation’s (ICAO) Eight Critical Elements on safety.
The General Manager said that as a result the course is part of the cardinal efforts of the regulatory authority to establish, implement and sustain an effective safety oversight system in the aviation industry in Nigeria.
This 14 – day, 120 academic hours course was delivered in modules and that Part One of the course covered the AMO’s Certification and it consist of eight modules.
Part Two, he said covered AOC’s certification and contains 11 modules, adding that each part covered the five phases of certification which are as follows- Pre-Application,Formal Application,Document Evaluation,Demonstration/Inspection and Certification phases.
Each module, the General Manager commences with a traditional lecture, covering the concepts and procedures for each Inspectors’ task within each certification phase and that it concluded with a mastery test which provided the trainees with an opportunity to apply what they learnt under simulated conditions.
NCAA, stated would continuously embark on human capacity building through effective professional development and relevant training.
These NCAA/ICAO Endorsed Government Safety Inspectors (GSI),he posited will enhance safety and security of air transport in Nigeria.In addition, the process of obtaining certification from NCAA is now robust, seamless and in real time.

Be the first to comment on "NCAA,ICAO Train Safety Inspectors On AOC Certification"