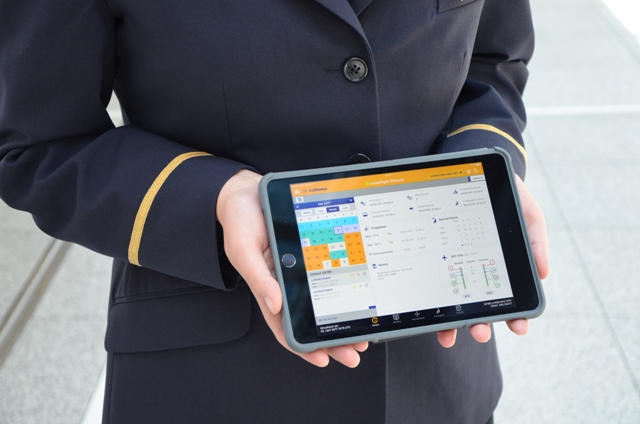 Lufthansa German Airline has commenced the distribution of iPad Minis to its 20,000 flight attendants.

The Cabin Mobile Device (CMD), the airline added will be successively issued to the entire cabin crew over the next few weeks.

The CMD will allow cabin crew members to access all the data they need to work on board, to access important service manuals and service schedules, and easily view any changes in plans.

The CMD heralds a new way of “paperless” working and simplifies existing processes so that staff have more time for customers, adding that it significantly improves communication with the personnel on board.

The Cabin Mobile Device project is part of a major current programme of transformation called ‘OPSession’, which aims to further digitise the operational areas of Lufthansa, Swiss and Austrian Airlines.

Employees with no fixed workplace are to be equipped with mobile devices so that they may meet the needs of the customer in an even better and more personalised way.

Airline said that a gentle push on the home button and the digital world opens up to the user and that a finger swipes the surface and navigates to a yellow app.

With the “Lufthansa crewFlight” apps, the seating plan is quickly opened, providing the cabin crew with a plenty of information on the guests of their next flight.

The so-called Electronic Flight Bag has already been in operation in the cockpit since the beginning of 2015 and is used by 4,300 pilots for flight planning and operations. At the same time, cabin crew managers also received a tablet, and this is now to be extended to include all cabin crew as a result of the positive experience.