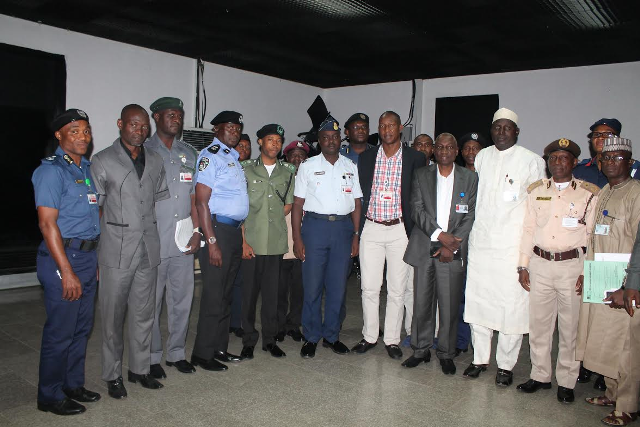 The Managing Director of the Federal Airports Authority of Nigeria (FAAN) Engr. Saleh Dunoma said he has initiated moves to implement the Executive Order signed by the Federal government recently to give boost the ease of doing business in the country.

Recalled that the implementation of the Executive Order, which takes immediate effect, was signed by Acting President, Prof. Yemi Osinbajo, at the Presidential Villa, Abuja on May 18, 2017.

Dunoma assured the Acting President of full compliance and has immediately put in place machinery to ensure a successful implementation of the Executive Order which he will supervise himself.

He said that the importance of the Executive Order cannot be overemphasised, especially because it will strengthen the nation’s fight against terrorism and eliminate unnecessary bureaucracy that impedes business activities at our airports.

He also added that, this will improve safety, security and passenger facilitation within and around the airport.

Excerpts of the Executive Order states that (A) there shall be no touting whatsoever by official or unofficial persons at any port in Nigeria. On duty staff shall be properly identified by uniform and official cards. Off duty staff shall stay away from the ports except with the express approval of the agency head. The FAAN Aviation Security (AVSEC) and Nigeria Ports Authority (NPA) Security shall enforce this order.

(B) That all non-official staff shall be removed from the secured areas of airports. No official of FAAN, Immigration, security agency or Ministry of Foreign Affairs (MoFA) or any other agency is to meet any non-designated dignitary at any secure areas of the airport. The official approved list of dignitaries that have been pre-approved to be received by protocol officers shall be made available to AVSEC and other relevant agencies ahead of their arrival at the airport.

Meanwhile, Dunoma has urged passengers, airport users and the general public to cooperate with FAAN officials saddled to carry out this responsibility.

He made this remarks at stakeholders’ forum held recently at the Press Centre of the international wing of the Murtala Muhammed Airport (MMA),Lagos.