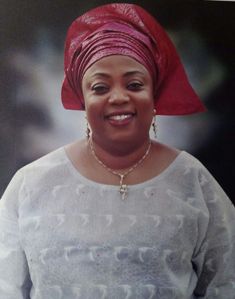 Ariket also known as Funmilola Ogundipe, who is said to be at large, was linked to several hard drugs dealings.

The above-mentioned properties belonging to the socialite was ordered to be temporary forfeited to the Federal government by a Federal High Court, Lagos, sequel to a Motion Ex-parte marked FHC/L/124c/3017, filed before the court by the National Drugs Laws Enforcement Agency (NDLEA).

The NDLEA lawyer, Abu had urged the court that the listed properties of Mrs. Funmilola Arike Ogbuaya, a.K.a. Ariket; Funmilola Ogundipe, being investigated for offences of conspiracy to traffic in narcotic drugs, drug trafficking and money laundering.

Abu also urged the court to permit or authorise NDLEA to place the said listed properties under seal pending the arrest and prosecution of the said socialite and Businesswoman, Mrs. Funmilola Arike Ogbuaya, a.K.a. Ariket; Funmilola Ogundipe.

Upon listening to the submission of the NDLEA lawyer, Justice Hadizat Rabiu-Shagari, granted the Motion Ex-parte, and ordered that all the listed properties belonging to the said socialite and Businesswoman be temporary forfeited to the Federal government of Nigeria, pending her arrest and prosecution.

In the same vein, Justice Hadizat Rabiu-Shagari, has ordered the remand in Prison’s custody of Mrs. Morayo Omolara Odeyemi, the alleged co-conspirator of Ariket in the unlawful drug dealing, pending when she will deliver ruling on her bail application.

The court ordered the remand of the 57 years old Oduyemi, after she was arraigned before the court on Friday, on three counts charge bordering on conspiracy, attempt to unlawful export 1.595 kilogrammes of Cocaine to Saudi Arabia and unlawful dealing in narcotic leveled against her by the National Drugs Laws Enforcement Agency (NDLEA).

Omolara according to charge marked FHC/L/124c/2017, was alleged to have conspired with a Lagos socialite and Businesswoman, Mrs. Funmilola Arike Ogbuaya, a.K.a. Ariket; said to be at large, to unlawfully deal in narcotic.

The defendant was arrested by the NDLEA Operatives on February 23, 2017, at Murtala Muhammad International Airport, Ikeja, Lagos, during outward clearance of passengers Egypt Air flight to Saudi Arabia, at the Egypt Air check-in-counter with the said banned drug of 1.595 kilogrammes.

The offences according to the NDLEA prosecutor, Mr. Abu Ibrahim, are contrary to and punishable under sections 14(b), 11(b) and 19 of the National Drugs Laws Enforcement Agency (NDLEA) Act Cap. N30, Laws of the Federation of Nigeria, 2004.

The defendant however pleaded not guilty to the offences.

Upon the defendant’s not guilty plea, her lawyer, Anthony Nnamoko, informed the court of his client’s bail application and urged the court to grant her bail.

Responding, the NDLEA prosecutor, Mr. Ibrahim, urged the court not to grant the defendant’s bail application, as granting it will jeopardise further investigation on the matter.

After listening to the submissions of both parties, Justice Hadizat Rabiu-Shagari, ordered that the defendant be remanded in Prison’s custody, pending when ruling will be delivered on her bail application. Consequently, the matter was adjourned till May 19, 2017.

Be the first to comment on "Drug Trafficking: Lagos Socialite ‘Ariket’ Forfeits 9 Properties To FG"