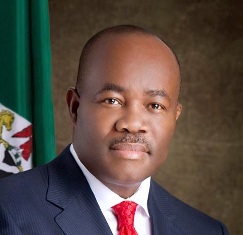 Confusion, fear and tension was the order of the day in  former Governor Godswill Akpabio’s  Ukana Clan in Essien Udim Local Government Area of Akwa Ibom State as the clash of two rival cult groups degenerated into the free reign of armed robbery, killing of innocent persons and the raping of women.

Abelnews learnt that in the last three months Police at the Ukana Clan Mopol base have found it hard to contain the sophisticated weapons deployed by two cult groups – Debam and Lutoks, who have been at war over the selection of political representatives in the community.

Residents alleged that the cult groups initially started as persons belonging to separate thug groups established by politicians and deployed to terrorise opponents in the 2007, 2011 and 2015 elections.

They also alleged that then, the groups enjoyed financial patronage from politicians but that after the 2015, funding to the thug groups dropped allegedly due to the exit of Akpabio, an indigene as the State governor and the shift of political, power, meetings and other structures to Uyo following the emergence of Udom Emmanuel as the new Governor.

It was further learnt by the online platform that about 20 persons have lost their lives in the clash of the two cult groups and the figure includes members of the cult and other innocent persons caught in the cross-fire between the feuding.

The latest victim of the cult activities was, Anthony Etuk Udeme, who was killed on Sunday at a junction not too far from the Police station.

In fact, the once vibrant community with its historic Obo Annang market has been reduced to a ghost town as most residents out of fear have relocated to neighbouring towns in Abak and Ikot Ekpene.

The online platform learnt that the silence of former governor, Godswill Akpabio has also been criticised by many, who believe that since he was voted into the Senate and moved to Abuja, he has failed represent their interest which includes getting the relevant security institutions to ensure the safety of lives and property in his constituency.

A resident, who simply identified as Umoh, said, “We now live as refugees; people who are held hostage by an ongoing war are not better than us. We can’t farm beyond 6pm. The Obo Annag market that sells till 9pm now shuts down by 3pm. The Police have been overpowered because these cult groups to show the superiority of the weapons now kill and dump corpses of victims in front of the Police station while police just watch and can’t challenge them.”

However, another resident of the community, Innocent Ekanem said that he suspects that the killings were the handy work of armed robbers and not the cult groups.

“What we see are persons who just ride in a motorcycle arcade with heavy arms and whoever they meet they rob and if you resist they shoot and kill. They spare no one. When they move around, they attack anybody or any institution at sight. They have robbed two schools, disrupted students taking exams, beating and stealing mobile phones and monies from students and teachers. Shops now close too early and petrol stations can’t sell beyond 4pm. Businesses are relocating elsewhere. There is fear everywhere. These are certainly armed robbers and not cult groups,” Ekanem added.

A traditional chief in one of the clan who spoke on the condition of anonymity told the online platform that the reign of terror and death had been reported to the Police and the former governor now the Senate minority leader, but that rather than abate the spate of the robbing, killing and rape has increased.

According to chief, “The Police we have here have openly told us they are tenants here meaning that they can’t match the weapons of these cult groups.”

“About 20 persons have been killed so far. We are talking about human beings. And this is happening in a community that produced the immediate governor of the state, who is also a serving Senate Minority Leader. Where is the representation that he is giving the people? Are we going to watch helplessly as these deaths continue? We need help; we need the reinforcement of Police to protect lives and property,” he added.

Be the first to comment on "20 Killed, As Armed Robbers, Cultists Take Over Ex-Gov. Akpabio’s Village"