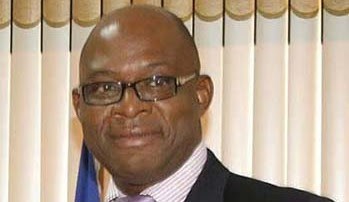 The appellate court discharged and acquitted Omatseye of all the 24 counts upon which he was convicted by a Federal High Court, Lagos, on May 20, 2016.

The former NIMASA Director-General was arraigned before Justice Rita Ofili-Ajumogobia, by the Economic and Financial Crimes Commission (EFCC), which convicted him on a charge bordering on bid rigging and contract splitting.

The Federal High Court judge had ruled that Omotseye awarded contracts above the stipulated N2.5million threshold and accordingly, convicted him in 24 out of 27 counts, while discharged and acquitted him of three others.

But the Appeal Court on Thursday, held, among others, that the trial court did not properly evaluate the evidence.

The court, presided over by Justice Yargata Nimpar, resolved all five grounds of appeal in the appellant’s favour.

In reaching its decision, the court considered four issues for determination, including whether under Section 16(1)(A) of the Public Procurement Act 2007, approval for spending over the threshold constitute an offence.

Justice Yargata Nimpar, who read the judgment, considered whether the trial court properly evaluated the evidence.

According to her, “I found that it did not. The long and short of it is that, the appeal succeeds. The prosecution should not ride roughshod over the Constitution. The judiciary will do the war on corruption more harm by declaring someone a criminal, where no offence has been committed. I find merit in the appeal. The conviction is hereby set aside and the appellant is hereby discharged and acquitted.”

The former NIMASA boss in the appeal filed by his lawyer, Edoka Onyeke, argued, among others, that he was persecuted and not prosecuted.

He said although contract splitting existed in law, approval above threshold did not.

Omatseye accused Justice Ofili-Ajumogobia of jettisoning an exonerating January 23, 2013 letter from the Bureau of Public Procurement (BPP), which it admitted as evidence in court.

According to him, the letter stated that the 27-count charge brought under sections of the procurement Act that deals with administrative breaches rather than real criminal offences.