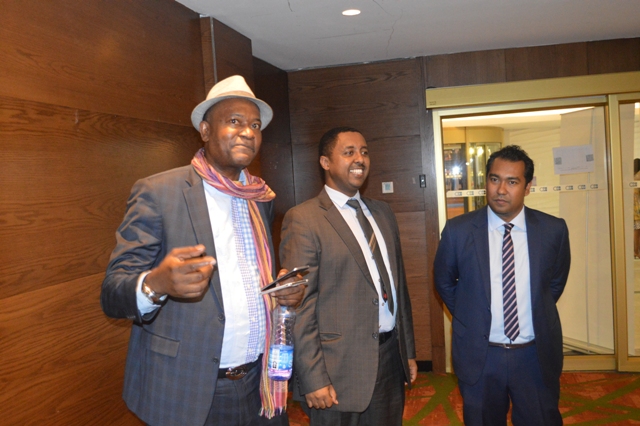 …To Operate Five Flights Weekly With A350 Aircraft.

As part of its expansion drive to Asia, Ethiopian Airlines is to commence flight operations from Addis Ababa to Singapore via a code share with Singapore Airlines in June 1.

This is just as the airline stated that its projection for 2025 is to make the Africa number one carrier a $10 billion revenue airline.

The intention of the airline to operate to Singapore, a country synonymous with Harry Lee Kuan Yew(LKY), the nation’s founding father, was made known by the General Manager, Nigeria, Mr Solomon Begashaw at Singapore Tourism /Changi Airport &Ethiopian Airlines forum at Eko Hotel and Suites , Lagos.

Begashaw further explained that Ethiopian Airlines will operate five times a week to Changi Airport in Singapore, adding that the airline will also operate from four destinations in Nigeria which include: Lagos, Enugu, Abuja and Kano.

On the type of equipment the airline will deploy for the Singapore operation, he stated that the carrier would use its latest aircraft the A350—500 series, adding that the essence of operating to Singapore is to bring Asia closer to Africa. On why, the airline stopped Singapore operations sometime ago and decided to re-commence operation in June 1, Begashaw stated that then, the airline did not have the right equipment but that the airline now has the aircraft to operate the route.

The General Manager also disclosed that the airline has 53 destinations in Africa, which according to him would be made available to Singapore Airline based on the code share agreement between the two entities.

He added that the airline was the first to operate B787, A350 aircraft into Nigeria, adding that Ethiopian Airlines has been using the most modern aircraft to satisfy the airline’s numerous customers.

Begashaw said that because of the solidarity and Pan-African in Ethiopia, it has been supporting and operating into Nigeria since 1857.

The Ethiopian Airline boss in Nigeria commended the Federal Government for re-constructing the Abuja Airport runway, adding that the government took a bold step and completed the project within time.

According to him, “We commend the Federal Government efforts at Abuja Airport. It was a very courageous move and we were very happy supporting Nigeria to make the Abuja Airport runway a success.”

He reiterated that Ethiopian’s support for Nigeria dates back to 1960. Also speaking, the Area Director, Middle East & Africa International Group, Mohamed Firhan Abdul Salam told the gathering that Singapore is a tourism and leisure destination, adding that the essence of coming to Nigeria and also partner Ethiopian Airline is to sell the country to Nigerian tourists.

Reacting to complaints by travel agents and tour operators that they cannot sell Singapore with very harsh visa policy, Mohamed stated that the visa issue was a matter that would handle diplomatically and at the same time by immigration authority of Singapore, adding that the primary role of the Singapore Tourism Board is to sell the country as a tourism destination.

He assured that travel agents and tour operators that he would take their complaints back to the authorities concerned.

Asked to mention one unique thing the Tourism Board is selling to Nigeria about Singapore, the Director stated that Singapore is a shopping paradise for Nigerians and their families.

He added that he would take the message of streamlining the visa policy as raised by travel agents and tour operators, adding that the issue will be discussed between immigration and the Singaporean Embassy.

He disclosed that the country’s receipt for 2015 stood at 24.8 million in and that a total of 16.4 million visitors also visited Singapore in the same year.

Also speaking, the Manager Passenger Development, Changi Airport, Wei Shan stated that the facility is the sixth busiest airports in the world and that it also has strong global connectivity.

Speaking further, she stated that apart from the above, Changi Airport is also a premier gateway to key Asia destinations, adding that the airport has three terminals and that fourth terminal is under construction.

A raffle draw was conducted among travel agents, tour operators and journalists, who were at the event and at the end of the draw, a Travel Consultant, Point view Travels Limited, Anifowoshe Olawunmi M won the star prize ; free ticket to Singapore by Ethiopian Airlines.

What this means is that Anifowoshe will enjoy all expense paid hotel, accommodation and visit to tourist sites in Singapore.

Be the first to comment on "Expansion Drive: Ethiopian Airline Begins Flight Operations To Singapore June 1"