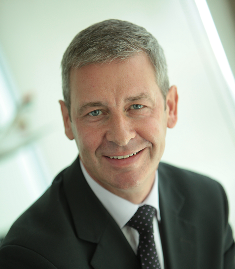 Also leaving in July 1 is James Rigney and the departure of both Rigney and Hogan had already been announced by the airline.

According to a statement on Monday, Ray Gammell, the Abu Dhabi-based group’s chief people and performance officer, will take over “full management responsibilities from today.”

Hogan’s July 1, 2017 date is the earliest possible date after the company previously said he’d leave some time in the second half. Etihad said the move was “consistent” with its management transition plan.

What this means is that Hogan effectively has no official role.

With the carrier still searching for a permanent CEO, the sudden management handover suggests urgency on the part of its state owners to proceed with a reevaluation of the group’s direction, especially its so-called Equity Alliance strategy. While Hogan was in charge, Etihad took minority stakes in mostly under-performing airlines in an effort to turn them around while feeding more traffic through its Abu Dhabi hub.

According to a statement by Chairman Mohamed Mubarak Fadhel Al Mazrouei, Gammel is to continue Etihad’s strategic review aimed at repositioning the business for “a prolonged period of challenges for global aviation”, adding that a new permanent Chief Executive Officer is to be named in a few weeks.

Hogan devised the acquisition push as the company sought to catch up with larger Gulf rivals Emirates and Qatar Airways Ltd.

While some of its investments made a profit, Alitalia filed for bankruptcy last week amid mounting losses and a lack of funds.

Hours after the Italian carrier’s insolvency, Air Berlin Plc revealed that Etihad granted the German company financial support for at least another 18 months, including euros 350 million about ($384 million) of new funds.

Gammell, an Irishman, joined Etihad in 2009 after working at Intel Corp. and Royal Bank of Scotland.

His main responsibility was recruiting more Emiratis into Etihad’s workforce.

He replaces James Rigney, who is also leaving on July 1.

According to the group, the appointments are part of a broader management hake up .

Recalled that the carrier in April appointed Robin Kamark to oversee its equity partnerships and Kamark, who previously worked for SAS Group will take up the role in October.