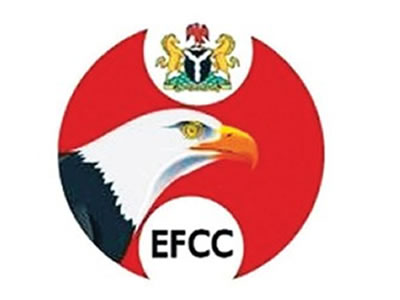 The Economic and Financial Crimes Commission(EFCC) yesterday urged a Federal High Court sitting in Lagos to grant an order of permanent forfeiture of the sum $43,449,947.00,  £27,800.00 and another sum of N23,218,000.00  recently discovered at a building in Ikoyi Lagos, Lagos state south west Nigeria as nobody has come forward to show interest in the money.

Oyedepo also told the court that the commission attached three exhibits to the application.

The commission said in coming forward to seek the order for final forfeiture, it has complied with the court directives as contained in the earlier order of interim forfeiture granted by the court by publishing the order in a national daily newspaper.

The commission said it did not only published the order of interim forfeiture it went further to serve the motion and order on the owner of the property whose the money in question was found.

It would be recalled that the court presided over by Justice Muslim Hassan had earlier granted an order of interim forfeiture which must be published in a national daily newspaper and given anybody interested in the money 14 days to come forward and show cause why the money should not be permanently forfeited to the Federal Government of Nigeria.

The anti-graft agency said so far nobody has come forward to show interest in the huge money found in flat 7,Osborn Tower, Ikoyi Lagos.

He said the first exhibit EFCC 1, is a receipt of payment by a company called Choba Ventures Limited issued by another company Fine & Country Limited for the purchase of flat 7 ,Osborn Tower, Ikoyi , Lagos where the money was discovered.

Oyedepo said exhibit EFCC 2 is a Deed of Assignment between  Union Bank of Nigeria plc and a company, Choba Ventures Limited while the third exhibit is a publication of the order of the court .

He said the commission’s finding in the course of investigation leaves no one in doubt that flat 7,Osborn was purchased by Choba Ventures Limited and that the company’s directors are one Mrs Ayodele Folashade Oke and her son.

The commission further said that the property flat 7 Osborn was bought at the cost of $1 ,658m and paid for in cash by Mrs Ayodele Folashade Oke a director of Choba Ventures with the cash given to another company called Salla Petroleum and Gas Limited who turn out to be a bureau de change company who converted the money to naira equivalent on behalf of Folashade Oke.

” Upon the payment a Deed of Assignment was then executed between UBN and Choba Ventures Limited.

Oyedepo therefore urge the court to hold that the commission’s submission that the house and the money found in it are reasonably suspected to be proceeds of unlawful act and that in view of the fact that no one has come forward to lay claim to the money within the 14 days given by the court the $43,449,947.00 , £27,800.00 and N23,218,000.00 found in flat 7,Osborn, Ikoyi Lagos should be forfeited to the Federal Government.

Meanwhile the court has fixed June 6, 2017 for judgement to be delivered in the forfeiture application