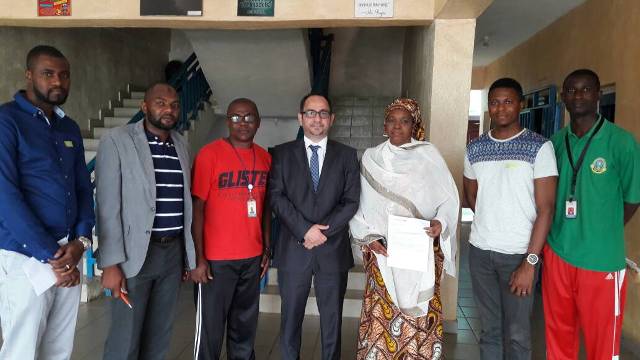 Turkish Airlines, the carrier noted for unsatisfactory treatment of passengers has finally apologised to the 22 pupils and instructors of Glisten International Academy, Abuja, it abandoned at Ataturk Airport in Istanbul, Turkey.

However, it was not clear as at the time of compiling this report if the letter of apology written by the airline was the first step towards resolving and sanctioning the airline.

Recalled that the Nigerian Civil Aviation Authority (NCAA) had commenced investigation on the matter to ascertain what transpired in Istanbul by visiting the School in Abuja, where the agency officials met with the proprietor of the school.

The regulatory body had vowed to sanction the airline for the ill treatment the carrier meted out to the students and their instructors.

But the airline has written a letter of apology to the school to apologise for what the pupils went through.

In a letter dated May 2, 2017 and signed by the General Manager of the Turkish Airlines, Gokhan Cetin said, “On behalf of the entire Turkish Airlines Incorporation I write to apologise for the inconveniences, frustration and the bill treatment our much esteem pupils of Glisten International Academy, Abuja suffered in Istanbul on 23rd April, 2017. They deserve smooth uncomplicated service when flying with us.

Below is the full text of the letter of apology. Abelnewsng.com recalled that 22 students of Glisten International Academy, Abuja and their instructors departed Nigeria through the Murtala Muhammed International Airport to Istanbul on Sunday 16, April, 2017 and were billed to return on Monday 24, 2017 with the same airline.

Be the first to comment on "Turkish Airlines Apologises To Glisten Int’l Academy For Abandoning 22 Pupils,Instructors In Istanbul"