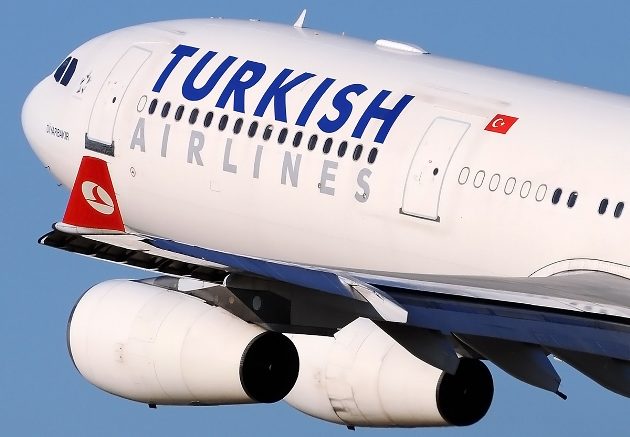 …May Come Hard On Carrier

The Nigerian Civil Aviation Authority (NCAA) has commenced investigation into the abandonment of 22 students and instructors of Glisten International College, Abuja at Ataturk Airport in Istanbul by Turkish Airlines reputed for abandoning passengers.

Those still stranded at Ataturk Airport are 19 students and three instructors.

It was gathered that officials of the regulatory visited the school for a fact finding mission, where they met with the proprietor of the school on Thursday in Abuja to find out the true picture of events in the Middle East country, where its students and the instructors were forced to sleep in the resting area of the airport with just blankets.

The school, which came first in Robot competition in Nigeria 2016, went further to represent Nigeria at the global stage.

The final event, drew representatives from 171 countries, saw the school emerged among the first 80 winners, beating other top schools and countries, which had been attending the competition in the past 10 years.

It was learnt that when NCAA officials visited the school, they met with the proprietor, who did not only confirmed the incident, but also lamented the hardships the students went through in the hands of the Turkish officials and even showed the officials pictures taken at the airport when they slept at the terminal.

Unfortunately, Abelnewsng.com gathered that the proprietor’s child was among the students abandoned at the airport.

NCAA enjoined the proprietor of the school to write officially to its agency and promised to sanction the erring airline, which is known for poor passenger handling especially in Nigeria and often time act contrary to the recommended practises of the International Civil Aviation Organisation (ICAO).

It was learnt that officials of the regulatory body were not pleased with treatment the pupils received in the hands of the airline in Turkey and may sanction the airline after its investigation into the matter.

“It is unfortunate that the airline could treat our pupils like that over there. They missed the flight from the US, which was even operated by Turkish Airlines because the flight was delayed for over an hour and by the time they arrived at the airport in Turkey, the flight had already departed for Abuja. What they should have done was to put them in a good hotel, feeding and even some stipends, but, they didn’t do that. Rather, they collected some money from them for accommodation. Let’s wait and see what NCAA would do. Also, I think the management of the school should release the pictures taken in Istanbul to the public through the media. These airlines treat our students and their passengers from this country badly.”

However, an NCAA source, who spoke on the condition of anonymity confirmed that its officials visited the school today, but was not privy to what transpired during the visit.

Turkish Airlines is notorious for mal treatment of passengers especially those from Nigeria.

Meanwhile, the airline in its usual manner released a statement during the week denied ever having the students as some of its passengers within this period.

In the statement, which obviously did not address the issues raised, the airline said, “The story is false and we cannot say more than that. We place primacy and welfare of passengers and as Europe best airline for the six consecutive years; we continue to renew our commitment to delivering quality services to our passengers in its 299 destinations in 120 countries across the globe.”

Recalled that students and their instructors departed Nigeria through the Murtala Muhammed International Airport to Istanbul on Sunday 16, April, 2017 and were billed to return on Monday 24, 2017 with the same airline.

But this did not happen, as they missed the Istanbul—Abuja flight due to delay in the United States.

When the flight finally got to Istanbul, the Abuja bound flight which the students and their instructors would have board to Nigeria had departed.

Turkish Airline that should have provided accommodation for the in line with the rule told the students, who were between 11 and 15 that the carrier would not be responsible for providing accommodation and feeding.

As as result, the students were compelled to pay the sum of $40 each, which amounted to $880 before they could access the resting area of the airport.

Be the first to comment on "NCAA Begins Investigation On 22 Students, Instructors Abandoned By Turkish Airline In Istanbul"