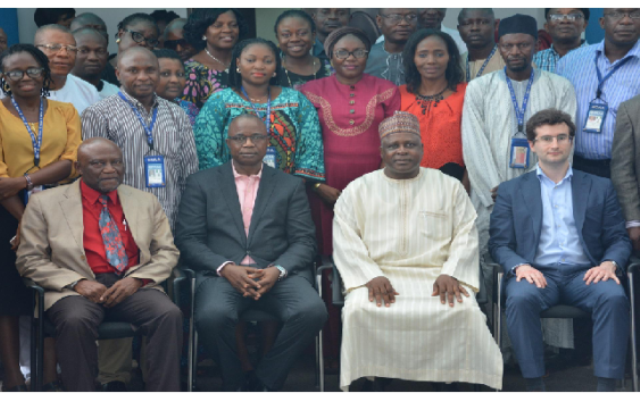 The International Civil Aviation Organisation (ICAO) has trained staff of the Nigerian Civil Aviation Authority (NCAA) as part of efforts to strengthen its Economic Regulation of airlines in the country.

An online statement issued and signed by the General Manager, Public Relations, Mr Sam Adurogboye, explained that the first step in this direction was the training of staffers of the Directorate of Air Transport Regulation (DATR) from across the country by officials of ICAO.

The statement further explained that part of the bold step taken by NCAA is training and adequate exposure of the staff.

He named the ICAO Resource persons to include Mr. Peter Lawani and Mr. Antonion Combes and that the four days exercise ended on Thursday, April 13, 2017 at the authority’s Headquarters Annex Training Hall.

In his remarks, the Director General of the NCAA, Capt. Muhtar Usman, who closed the workshop, declared that it will foster economic development of aviation sector.

In addition, it is to reinforce NCAA resolve to reposition the Department and staff that will carry out these responsibilities in line with ICAO Standard and Recommended Practices (SARPs).

This training is one of the Four-Point Agenda that the DG enunciated earlier in the year in his world press conference.

Capt. Usman expressed optimism that Nigeria will continue to benefit from the constant support of ICAO where and when required.

In their response, the team leader said that ICAO is open to offer assistance to Nigeria and NCAA in particular whenever such is needed.

The ICAO Air Transport Bureau is responsible for developing, promoting and disseminating policies and guidance materials on economic regulation and liberalisation of international air transport.

At the end, certificates were presented to the 50 participants and souvenirs to the facilitators by the Director General, Capt. Muhtar Usman.