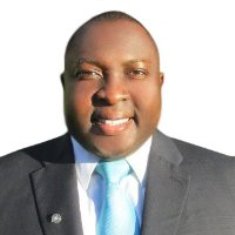 The Nigeria chapter of Association of Compliance Professionals in Africa (ACCPA), has unequivocally distance itself from what it described as ‘unprofessional Act of its founder, Mr. Earnest Honya.

ACCPA in a disclaimer notice made against Honya states “our attention has been drawn to vilifying comments, publications and threats made by one Mr. Ernest Honya, who is the founder and president of Association of Certified Compliance Professionals (ACCPA) in Africa. “Such vilifying comments were made not only to disparage the credibility of reputable compliance professionals but as well impair the integrity of the Compliance profession in Africa and globally.

“As a profession and equally as practicing Compliance professionals, we have a duty to educate and recommend on identified risks that have the potential of undermining the integrity of any system, industry, society, nation and/or continent. In the course of our relationship with ACCPA across different countries in Africa, further due diligence checks were embarked upon to confirm the genuineness, statement of acclaimed purpose and Modus Operandi of ACCPA, which appeared to violate every tenet of Compliance principles and professional ethics, most particularly its governance” The statement reads in part.

“It is therefore on this premise and from our findings that we wish to state as follows; Whereas ACCPA, an entity with corporate number C3843074 is registered in the State of California, United States of America on November 30, 2015 as a non-profit organisation in the name of Ernest Honya of 12135 Mitchel Ave #352, Los Angeles, CA 90066 “it added.

The association further stated that whereas, Ernest Honya initially approached several reputable Compliance professionals via various professional media networks notably LinkedIn as well as through other Compliance events across the globe to be a part of the organisation, such individuals bought into the idea and were oblivious of his motives and intents which as events would unfold appear to have been purely pecuniary and self-aggrandizing.

The stated explained that these reputable Compliance professionals were drafted to function within the organisation in various capacities such as Directors, Heads of Chapters and Certification Committees, adding that further to being drafted into leadership positions, concerted efforts were made to ensure that a proper governance structure is built around the newly formed organisation were continually deferred as not being a priority by Ernest Honya.

“Whereas, on the recommendation and strength of reputable Compliance professionals, who were involved with ACCPA, compliance professionals drawn from different sectors and industries in over 46 African countries, the United Kingdom and across the globe were asked to join the organization and take its certification course. Some members who had paid for the certification course were blocked and deleted from the ACCPA platform by Honya, because they challenged him on several issues around the lack of a Corporate Governance structure for the organization. These individuals were refunded their monies following the intervention from reputable Compliance Professionals in the country where they registered” the statement said.

ACCPA stated further that based on the perceived credibility of the organisation given the crop of individuals involved exclusive of Ernest Honya, reputable organisations expended sums of monies to sponsor ACCPA events locally and internationally, adding that it remains a great concern that no proper and transparent accounting was or is being done to confirm that the monies were used for the intended purposes and not diverted for personal use.

The statement said that whereas each of these reputable Compliance professionals came up with their respective findings and that Ernest Honya was confronted directly with the revelations, which he admitted, notably, that ACCPA is a one man business.

The body pointed out that documents obtained on the organisation revealed that Ernest Honya was registered as Chief Executive Officer, Chief Financial Officer and Secretary.

ACCPA stated that despite its purported registration as one in the California, it’s Africa’s founder continue to expel individuals from various social media communications platforms which is the only interactive platform for its members.

This explosion they said was followed with treat that its founder, Honya will destroy their careers by sending mails impugning their integrity to over 457 banks across 46 African countries, adding that they believe his intention was to truncate any attempt to reveal the truth about the questionability of his enterprise and personal objectives.

Honya, the group said still brandishes the name of reputable government officials, regulators, Compliance professionals on his ACCPA website, journals, LinkedIn profile and other personal records in order to gain credibility in the eyes of financial donors and Compliance professionals, who are not privy to his antics, despite the fact that such persons are no longer in any way connected to or endorse the activities of the organisation.

ACCPA members also stated that whilst the certification programme and courses were drafted by reputable Compliance professionals, who have since left the organisation due to the lack of Corporate Governance, clear violations of the most basic of compliance principles amongst many others beyond what is described in the foregoing paragraphs.