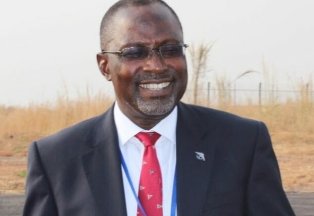 The Managing Director of the Nigerian Airspace Management Agency (NAMA), Capt. Fola Akinkuotu has commended the performance of the newly installed and calibrated Instrument Landing System (ILS) as well as other navigational aids at the Kaduna International Airport, describing them as “highly sophisticated and dependable equipment.”

Capt. Akinkuotu, who made this observation when he led top management staff of the agency and media representatives on an assessment tour of the facilities noted that “the successful landing of the Ethiopian Airline Jet- Boeing 787 and a deluge of other local flights at Kaduna ever since the closure of Abuja airport is a pointer to the fact that our navigational aids are performing optimally and can contend with the increased traffic on a 24-hour basis.”

Akinkuotu, who is also an aeronautical engineer extolled the ingenuity of NAMA engineers “for doing a good job on the installation of the ILS,” describing them as highly experienced.

He explained that the components of the ILS including the Distance Measuring Equipment (DME), Localiser and the Glideslope have two channels so that while one is working, the other is on standby, ensuring uninterrupted and seamless performance.

While disclosing that the agency has two generators to ensure steady power supply, the NAMA boss however lamented that the agency was spending humongous sums in providing power to the navigational facilities as that of the national grid is either very low or epileptic.

To mitigate this challenge, he said plans were in the pipeline to deploy solar energy to ensure uninterrupted power supply to all the equipment and cooling systems.

Meanwhile, in a bid to bring members up to speed with the practice and dynamics of modern day management, aviation professional managers under the aegis Nigerian Institute of Management (NIM) Aviation Chapter have held a one-day workshop and management lecture with the theme: Economic Recession and Survival Strategies-A management Approach.

According to the Chairman of the chapter, Olatunmibi Omisore, the lecture is particularly important especially as the nation is passing through an economic recession and the idea according to Omisore is to cross-fertilize experiences and perceptions related to management strategies for surviving the economic downturn in Nigeria. A highly attended event, the lecture which held at the NAMA headquarters in Lagos had in attendance the Managing Director of NAMA, Capt. Fola Akinkuotu who was represented by the Director of Human Resources, Dr Uwem Akangson.

Also in attendance were the Director of Human Resources at the Federal Airports Authority of Nigeria (FAAN) Hajia Salamatu Umar-Eluma and the General Manager, Training (FAAN), Mr. Nath MacAbraham-Inejoh among others.